2022 IIHF World Championship: 'Like a World Cup without Germany or Brazil' 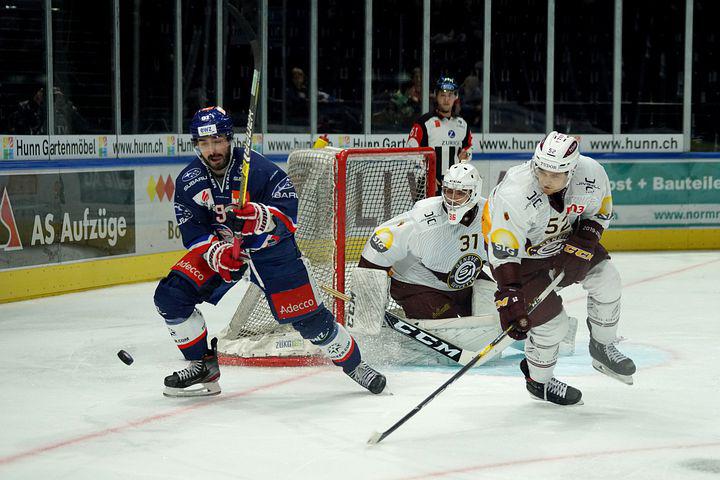 When Russian President Vladimir Putin launched his invasion of Ukraine just four days after the "Russian Olympic Committee" (ROC) lost the gold medal game in men's ice hockey at the 2022 Winter Olympics, the consequences stretched far beyond the doping scandal the country's athletes have been plagued with in recent years.

When the ROC team lost to Finland in Beijing this past February, or four years earlier when the "Olympic Athletes from Russia” won gold, nobody was under any illusions as to who these players were and who they really represented. This was despite a ban on using the Russian flag or uniforms due to sanctions imposed after the McLaren Report revealed evidence of state-sponsored doping in the country.

This year, the International Ice Hockey Federation (IIHF) has gone much further, banning Russia and Belarus from all competitions.  The tournament in Finland gets underway on Friday. "We were incredibly shocked to see the images that have come out of Ukraine," IIHF President Luc Tardif said in a statement announcing the move back in February. "I have been in close contact with the Ice Hockey Federation of Ukraine, and we hope for all Ukrainians that this conflict can be resolved in a peaceful way and without the need for further violence," he added.

The IIHF's move was the "only reasonable decision," according to Szymon Szemberg, managing director of the Alliance of European Hockey Clubs (ECH). "To have Russia in the WM (World Championship) — with their war of aggression, genocide and war crimes, also adding the very close links between the Russian ice hockey federation, KHL to Putin and the Kremlin — would have been unthinkable," Szemberg told DW.

Hockey historian Andrew Podnieks, who has written more than 100 books on the subject, concurs. "Politics and sport do go hand in hand," Podnieks told DW. "The IIHF cannot help Ukraine win the war. It is a hockey organization, and it is doing the only thing it can do to support Ukraine and to show disgust for the invasion... The morality of sport is far more important than having one team or another compete in an event."

The IIHF's move to suspend the two countries came at lightning-like speed in comparison to how it handled last year's World Championship. The organization took weeks to decide to withdraw Belarus' right to cohost the tournament as a result of strongman Alexander Lukashenko's bloody crackdown on demonstrations against his disputed reelection in August 2020.

The IIHF has also withdrawn Russia's right to host next year's World Juniors and followed that up by stripping it of next year's men's World Championship, which was to have been hosted by Vladimir Putin's hometown, St. Petersburg.

Now, for the first time in decades, hockey fans will watch a World Championship that from a purely sporting point of view can only be made poorer by the lack of a Russian entry, argues Szemberg. "It has a substantial sporting impact, which is obvious as Russia is one of the leading hockey nations," he said. "One perennial medal contender will not play. This is like, say, the FIFA World Cup without Germany or Brazil."

After all, since the Soviet Union first competed in (and won) the Worlds in 1954, it and later Russia, have won a total of 27 gold medals – a record matched only by Canada.

The best of a bad situation

On the other hand, Podnieks stresses that by excluding the two countries, the IIHF has made the best out of a bad situation. "If Russia and Belarus were at the tournament, it would cause a huge controversy and much of the conversation around the tournament would be about their participation," he said. "By not having them here, it strengthens an event where, because of events, there could be no normal."

Now, Canada (2nd-ranked team) will have the chance to claim the record it shares with Russia (3rd) outright — at a 16-team tournament where Russia is replaced by 13th-ranked France, and Austria (17th) take to the ice in place of Belarus (14th). And with no apparent end to the war in Ukraine in sight, one has to wonder whether the absence of Russia at the Ice Hockey World Championship will be something fans will have to get used to in the years to come.

However, as Szemberg, who is also a former IIHF communications director noted: "Canada was gone from the IIHF Worlds 1970 through 1976, and the hockey world survived."