3x3 basketball: A sport on the rise? 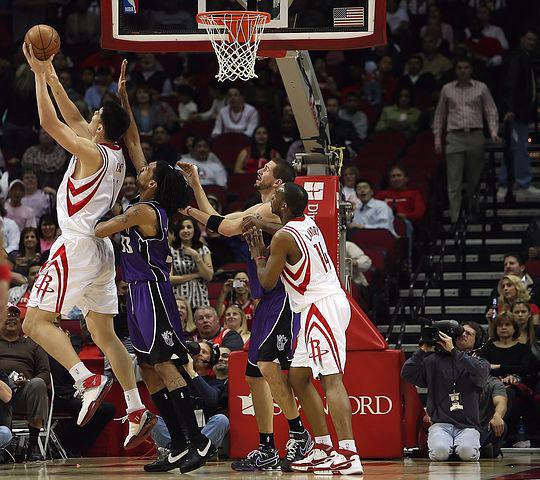 "The atmosphere is fantastic. The games are really being celebrated here," national 3x3 basketball coach Mathias Weber tells DW from Antwerp, where Germany's men's and women's teams are competing in the World Cup.

Inspired by streetball, basketball's fast-paced three-on-three format is not completely new, but one major change means that the sport is really starting to take off – since last summer's Games in Tokyo, 3x3 basketball has been an Olympic discipline.

Between now and the 2024 Games in Paris, the sport is expected to experience rapid growth and become much more professional. "A lot is still in flux," Weber explains. "But we're going to see a major leap forward, not just tactically, but also in terms of athletics."

However, despite the smaller number of players, putting together a competitive team isn't as easy as it might appear. Simply throwing together a team of traditional basketball players won't work; you need 3x3 specialists.

Then there are the financial challenges. With public funding scarce, Germany's women's team main support actually comes from the Bundeswehr, Germany's Armed Forces, while the city of Düsseldorf is backing the men. "We have identified 3x3 as a young, dynamic, sustainable sport in which we would like to be involved," the city said in a statement. Just last year, Düsseldorf provided start-up support for a professional men's team and signed up a fashion company as the main sponsor.

A Japanese company has thrown its support behind the planned creation of a women's professional team in Düsseldorf, home to Germany's largest Japanese community. The idea is to give the best German and Japanese women's 3x3 players the chance to develop together.

The World Cup in Antwerp is one indication of the growing popularity of 3x3 basketball, and parallels with the success of beach volleyball are obvious. With tournaments being held in the heart of any given city, the events offer a mixture of music and high-class sport that make them attractive for sponsors.

And in an age of dwindling attention spans, the spectators – all 1,800 of them in the purpose-built arena in Antwerp – are treated to non-stop action. The winner is the first team to reach 21 points – or the one that is in the lead when the buzzer goes after just 10 minutes. "The decisive factor is determination, the will to put in the hard work," says Weber. "You have to be able to put any mistakes you may make behind you and simply push through."

What also contributes to the excitement is the fact that no one nation has yet established dominance in the sport. Serbia is widely regarded as the most developed country in 3x3, but at the Olympics in Tokyo, the country only managed a bronze medal on the men's side. Traditional basketball superpower the United States didn't even qualify for the men's tournament, although the women did take the gold medal.

Much work to be done

To really grow the game, it will be important to get children playing it in the schools, but that's still not happening in Germany. "Only a third of the sports teachers in schools even know what 3x3 is," Karsten Schul, a lecturer at the German Sport University in Cologne tells DW. At the same time though, he believes the 3x3 game is the ideal sport for schools to get involved in.

"You have more kids moving in the same space. Everybody gets more of the ball, more throws, and they can organize their own game better. These are all positives."

Top female players getting on board

3x3 is also attracting interest from a few female players who have competed at the highest level of the traditional game. German national team player Leonie Fiebich is representing her county in Antwerp, while WNBA player Satou Sabally of the Dallas Wings has previously played for the 3x3 team.

While the opportunity to go to the Olympics has made taking up the sport more appealing, national team coach Weber believes there is much more to it than that. "They simply love this form of the game. The basic idea, being able to just play without the rigid structures that exist in five-on-five."

There is a lot riding on the World Cup, not just for Germany, but for the other teams as well. Qualification for the 2024 Olympics is closely linked to a team's position in the world rankings – and having arrived in Antwerp as the world No. 1, Germany's women have a head start.