A brief history of the toilet**** 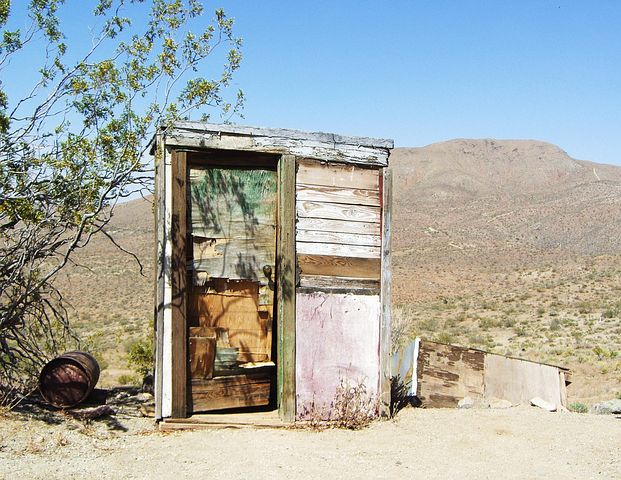 What goes in, must come out: It's true for every human being in the world. Sooner or later, we all have to use the toilet.

And while most people in Germany take their own toilet for granted, the situation is strikingly different around the world. According to the United Nations, 3.6 billion people live without safe sanitation: This is a full-blown global sanitation crisis, says the UN. Without proper facilities, diseases spread more easily and drinking water can become polluted, causing hundreds of thousands of deaths each year. To highlight the problem, the United Nations declared November 19 World Toilet Day.

Do as the Romans do

The history of the toilet is far from dull. People were already aware thousands of years ago that feces should be disposed of properly.The Sumerians in Mesopotamia built the oldest toilets known to date between 3,500 and 3,000 B.C. They consisted of deep pits lined with stacked ceramic tubes on which the user sat. The solid excreta remained in the container and liquid seeped out through holes in it. There was no flushing system.

The ancient Babylonians and Assyrians also built toilets out of two small walls with a narrow gap for the feces. These were washed into canals along with water used for bathing. However, it was not until the ancient Greeks and Romans that such toilets were used by the masses. At home, poorer households used a barrel as a toilet to dump the contents of their chamber pots, while wealthier Romans had private toilets.

Many people used public latrines open for 50 to 60 people at a time while the toilets flushed continuously. Business matters were often discussed while on the toilet. It's the source of the expression "to do one's business."

A mess in the Middle Ages

With the collapse of the Roman Empire, sophisticated toilet culture also disappeared. The common people of the Middle Ages "did their business" in chamber pots which were emptied into the street. Both private and public toilets were scarce in the Middle Ages. The inhabitants of castles used small niches in the castle walls as toilets, but such methods were also unhygienic: Excrement and urine landed in the moat, and plague, cholera and typhoid epidemics resulted from such practices.

As the years went on, the bathroom situation did not improve dramatically. Common people typically relieved themselves in stables or fields. Even the nobility at the court of Louis XIV did not seem to attach much importance to privacy and hygiene. Although there were 2,000 rooms in the castle of Versailles, there was only one toilet in the building. Chamber pots were often overflowing and dumped directly out of the palace's finely crafted windows. When the Sun King hosted one of his famous castle festivals, noble guests relieved themselves in the castle park.

Delayed success for the flushing toilet

It was not until the second half of the 19th century that the flushing toilet began to establish itself in Europe. Although British poet Sir John Harington invented it as early as 1596, his countrypeople were apparently unable to appreciate its advantages and his designs fell into oblivion.

Almost 200 years later, English inventor Alexander Cummings applied for a patent and added a double-curved drain pipe, to fight against stench, paving the way for the production of flushing toilets at the end of the 19th century.

These began to appear throughout major European cities. The development of sewage treatment plants about 100 years ago ensured that rivers and streams were spared from human excrement in Europe. An ancient toilet with a wooden seat.A ancient toilet with a wooden seat. Toilets have changed shape over the years, such as this one from 1794 in a Prussian castle in Germany.

And today? Too many people still do not have basic sanitation facilities, such as toilets or latrines. In sub-Saharan Africa and South Asia, the burden of inadequate sanitation is especially high. Diseases spread rampantly when proper sanitation is not in place. Nearly half a million children under five are estimated to die each year from diarrhea as a result of poor sanitation.

India's Prime Minister Nerendra Modi made the construction of toilets a campaign topic, while philanthropists such as Bill and Melinda Gates have used their Microsoft wealth to improve sanitation infrastructure in South Asia.

The striking differences in sanitation around the world can be seen in the diversity of the debates: In wealthier nations like Germany or the US, people debate the use of transgender toilets, for example. In India, two children were beaten to death for defecating outdoors. World Toilet Day may sound like a gimmick but it underlines a very serious issue.