Bayern Munich's Bundesliga dominance not a barrier to Asian popularity 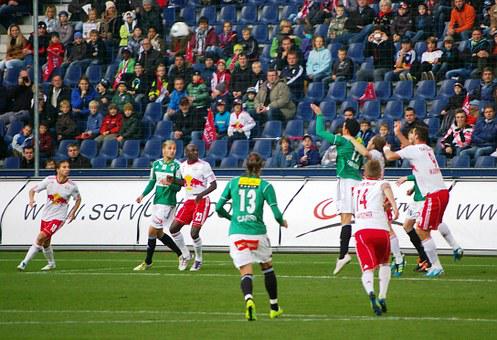 On the other side of the world in Asia however, Bayern are still holding their own against other European giants. "I enjoy watching Bayern win whenever I can and it is not boring at all," Li Jie Goh, a fan of the club based in Malaysia, told DW. "As long as they win the Champions League or get to the final then I am happy. That is when you see the best of Bayern."

That is a sentiment the club understands. "Generally speaking, the popularity in Asia depends not on the domination of Bayern in the league, but on other factors, such as victories in the Champions League," Philipp Wunderlich, head of Bayern's Shanghai office, told DW. "How Bayern play against Barcelona or Manchester City will be very relevant for football fans."

Win in Europe, win in Asia

The continued growth of the Premier League is a threat on and off the field for Bayern. "Bayern have their following but are now finding it more difficult to compete with the top Premier League clubs in Asia," said Chaudhuri.

England's top flight is the richest league in the world, and with that comes a host of the world's best players and coaches. In the past, Erling Haaland might have left Borussia Dortmund for Bayern Munich. Instead, the Norwegian star has joined Manchester City. With Robert Lewandowski also looking like a man on the move, Bayern have work to do to replace both the Pole's goals and his star power.

"Fans here are also focusing on celebrities," said Wunderlich. "Messi or Ronaldo are quite influential on social media. Sometimes if the big names transfer from one club to other, many fans also change their clubs."

Bayern stars Robert Lewandowski and Thomas Müller are popular in China and the club's tour in 2017 made a huge difference, but more is needed. Bayern are active in the country's unique social media market, claiming 116 million followers in general  and over six million followers on social media. In the 2022 Red Card report, an annual online performance index of European clubs in China compiled by Shanghai-based sports digital company Mailman Group, Bayern ranked sixth.

The Bundesliga champions were behind the likes of Barcelona, Real Madrid and Manchester United but above Liverpool, Juventus and Manchester City. The report also ranked Bayern's Thomas Müller as the fourth most popular player in China, behind only Cristiano Ronaldo, Lionel Messi and Neymar.

The report praised Bayern for being the first European club to launch on Bilibili, to create interactive long-form videos on a platform associated with gaming that has a young audience and 267 million monthly active users. "Compared to Germany, China is much more digital," Wunderlich said. "We have our own accounts on all relevant social media channels in China and have dialogue on Chinese platforms everyday with our fans."

While match-viewing events have helped during a pandemic that ruled out Bayern's planned 2019 tour, the work done on social media is proving pivotal to increasing Bayern's foothold in this part of the world.

Past visits to India have helped Bayern establish themselves in another massive market. The club has made five visits to India and German-based Indian football consultant Arunava Chaudhuri believes that although they missed a trick when Pep Guardiola was head coach, the opening of offices in Shanghai and Bangkok and the work Oliver Kahn is now doing as CEO is changing the club's international approach.

"Bayern has connections with the country and have visited five times," Chaudhuri told DW. "The B-team was here in 2005 and 2009. They have a certain level of commitment to the market and have done so for a long time."