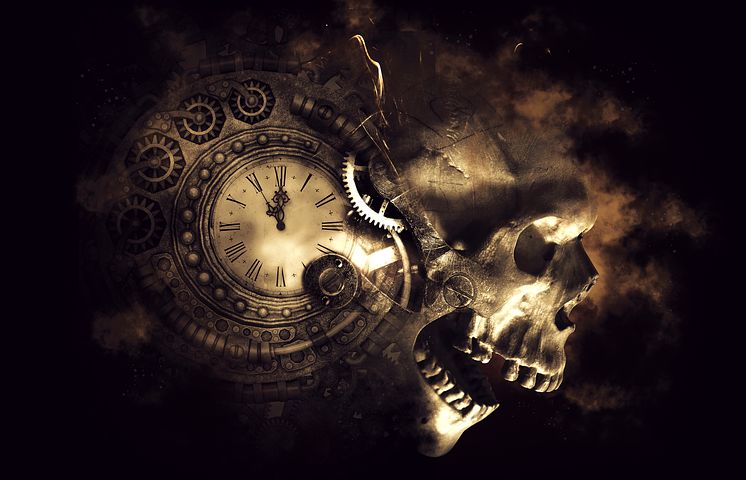 His stories have long permeated popular culture. His name is synonymous with fear. Stephen King is the single most successful writer of horror stories in history, selling more than 400 million books worldwide.

The many celebrated film adaptations of his work are also often major box office successes. If gore was a brand, it would be called "Stephen King." King's modest beginnings, however, are in stark contrast to the success that he's enjoyed over the past four decades.

Born on September 21, 1947, Stephen King came from humble beginnings. Following his parents' divorce, King and his brother David grew up largely in poverty. After being passed between their parents, the two ended up in their mother's care in Maine, New England — where many of King's later books take place. The remote nature of New England and his difficult family situation left a mark on King.

Despite his tough childhood, King was a good student at school and went on to study English Literature at the University of Maine in the late 1960s. There he joined activists protesting the Vietnam War, many of whom were facing the draft — though King himself avoided conscription into the army due to bad eyesight and high blood pressure.

After graduating from college in 1970 and upon the birth of his first daughter that same year, King married his wife Tabitha in 1971. But King continued to face financial woes and found himself working at a laundry facility while moonlighting as a writer for men's magazines. Out of despair, he became an alcoholic.

His magazine work started to pick up, however, and he started to make a name as a powerful narrator of scary stories. When Doubleday publishers took note of the young writer and offered him a sizeable advance, King quit his day job and produced his first novel, "Carrie," published in 1974.

The story follows a young high school student's inner torment as she gets bullied in school and chastized by her religious mother. Amid her struggles, Carrie realizes that she has telekinetic powers but only limited control over them. The book culminates in a blood-soaked Carrie taking revenge on everyone on prom night.

On the road to success

Following the moderate success of "Carrie," King followed up with "The Shining," which became his first major success. In the novel, King gave his imagination free reign to explore the depths and depravities an alcoholic might reach as the protagonist, Jack Torrance, turns against his wife and son. It was his way of distancing himself from his addiction.

Despite the success of "The Shining," King later said that he wasn't too happy with the adaptation; he felt that it made light of his personal story dealing with alcoholism. Nevertheless, who could ever forget Nicholson's performance as Torrance? "Here's Johnny..."

Not wanting to be pigeonholed as a horror writer, King started to experiment in other genres in the 1980s, including the fantasy saga "The Dark Tower," for which he would go on to produce nine installments but which was only adapted for the cinema in 2017.

As he went on exploring other styles, King also adopted the pen name Richard Bachmann as he was worried that he wouldn't be taken seriously if he published more than one book a year. One of the novels published under this pseudonym is 1982's "The Running Man," which focuses on the candidate of a twisted reality TV show who literally has to fight for his own survival as government agents chase him all over the world. The book was later adapted into a movie featuring Arnold Schwarzenegger.

Stephen King also remained faithful to the horror genre throughout the years, writing many bestselling books such as "Pet Sematary" and "Misery" — both also had successful film adaptations. One of King's best works, "It," has been turned into a Hollywood movie twice, with the latest adaptation dating from 2017, 20 years after the novel was first published. The film broke all box office records in the horror genre, proving once more the timeless nature of Stephen King's writing.

Despite a long list of box office successes, the most popular and successful Stephen King film adaptations remain non-horror movies. Many critics have hailed "The Shawshank Redemption," directed by Frank Darabont and starring Tim Robbins and Morgan Freeman, as one the best movies of all time.

Darabont also directed "The Green Mile" (1999) based on the King novel of the same name. Also set in a penitentiary, "The Green Mile" goes one step further and questions the validity of the death penalty. Both "The Green Mile" and "The Shawshank Redemption" were nominated for Academy Awards.

A master of his craft

In 1999, Stephen King was seriously injured when he was struck by a minivan while walking in his hometown of Lovell, Maine. But it did not stop him from writing — even as one of his legs nearly had to be amputated.

King continued his work on his book "On Writing: A Memoir of the Craft," in which he passes on advice to aspiring writers. One piece of advice may come as a particular surprise: Writing isn't everything. In the book, King reveals that he prefers spending an afternoon with his kids to adding another few hundred words to a manuscript. Mornings, however, are reserved for writing: "Amateurs sit and wait for inspiration, the rest of us just get up and go to work," King writes in "On Writing."

Sticking to that philosophy, Stephen King has published more than 60 books to date — he also finds time to tweet some of his political views or to remind his followers to stand in solidarity with his colleague Salman Rushdie, who was recently stabbed at an event promoting  freedom of the arts in New York State.

His latest novel, "Fairy Tale," may have a surprise in store for his readers: the promise of a happy ending. Speaking to Entertainment Weekly about the book, King said he set out to write it during the COVID pandemic, wondering: "What could you write that would make you happy?"  A startling departure for the King of Horror, who is nowhere near retirement. At 75, King continues to invent and present new monsters: "Monsters are real, and ghosts are real too. They live inside us, and sometimes, they win," he once said.