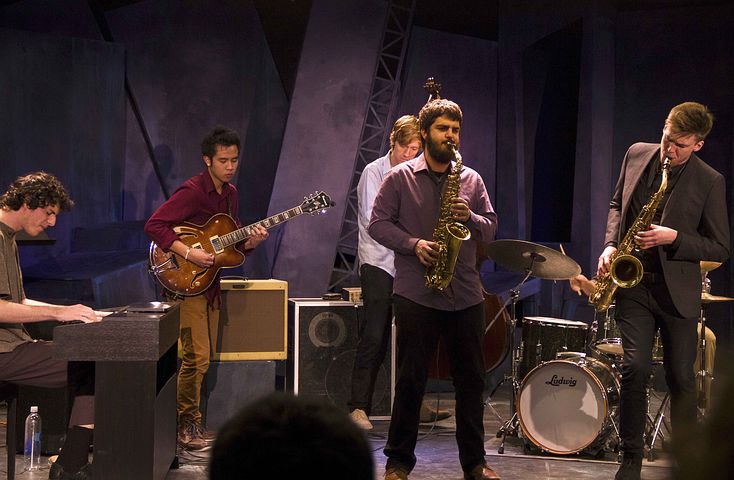 Kinga Glyk is a rising star of Jazz Blues music. In this concert, recorded at the 2021 Jazzfest in Bonn, we'll hear songs from her album, "Feelings."

Things feel like they have gone back to normal after two long years of the pandemic, but back in 2021, musicians like Glyk were quite excited to get back on stage and play in front of a live audience.

"I would say that I am super excited actually to play the music because there was a long time that I didn't play on stage and was practicing only in the room. So I'm really happy to spend this evening with people and create music with them, not only with myself", she said to DW's Anastassia Boutsko just before her concert.

Like Glyk, the audience in Bonn was also very excited to watch a live event. She was welcomed with thunderous applause. "Ich freue mich, hier zu sein", she announced, which in German means: "I'm happy to be here." And she meant it. Glyk has been working on her perspective towards life, focusing more on enjoying her live performances: "Usually I'm quite stressed before entering the stage and I remember, I was playing the last concert — before COVID I was playing in France — and I was thinking, "I shouldn't be stressed because maybe this is the last concert in my life. Maybe I will die tomorrow."

The Polish bassist, who will turn 26 on January 27, is already a star in the Jazz Blues scene. Glyk's musical family helped her set off on the path to music. Her father, Irek, is a prominent vibraphonist and her brother Patrick, a drummer. Together they have a band called the Glyk P.I.K trio.

"My dad is a musician and so, there is a connection between me and my music, and my family. We started as a band and my brother is a sound engineer tonight with me, my dad was playing the drums with me", she said.

Glyk picked up the bass guitar when she was 11. "I chose this instrument because I love low sounds. When I was a little girl, I stood in front of the radio and pretended I was a bass player. So this was my dream from the beginning."

Among her idols are US bassists Stanley Clarke and Jaco Pastorius. Clarke was a founding member of one of the first jazz fusion bands, Return to Forever, and someone who is credited with making the bass a prominent solo instrument in a jazz ensemble.

Jaco Pastorius is considered one of the best electric bassists of all time, but suffered from drug addiction and died a tragic death in 1987, following injuries from a beating outside a club in South Florida.

What's in this jazz concert

Now, let's take a quick stock of what you'll be listening to in this edition of DW Jazz Concerts. We'll start with "2 Cookies featuring Anomalie," followed by "Let's Play some Funky Grooves". Then, "What is Life" is followed by "Low Blow". The piece was originally written by American bassist Victor Bailey, who also played for the jazz fusion band Weather Report in the 1970s and '80s.

There's also "Lennie's Pennies", a score composed by the American jazz pianist Lennie Tristano and first recorded in 1952. The original score places a lot of emphasis on the saxophone and trumpet with some piano accompaniment. Glyk plays her version of the song on the e-bass.