Fact check: Do trans athletes have an advantage in elite sport? 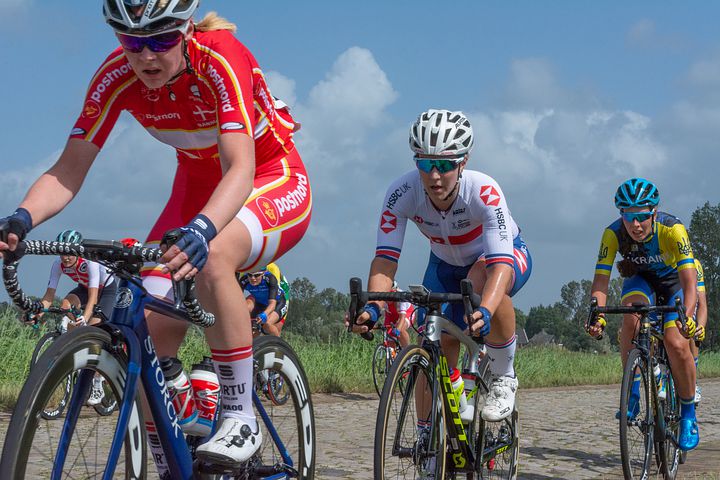 Hubbard's participation as a trans woman in the Summer Olympics has prompted controversy — and uproar — with critics saying her eligibility is a threat to fairness in sport. Others say the inclusion of trans athletes cannot be overlooked if there are no meaningful advantages.

DW spoke to the scientists behind leading studies on trans people in sport.

-What does the science tell us about trans athletes in elite sport?

-Few studies have been done on trans people's athletic performance — and, to date, there are no published studies on trans athletes participating at the elite level, say experts. But some papers have been published in the lead-up to the Olympic Games. One study, published in 2020, looked at US military personnel who transitioned while in service and found that trans women maintain an edge after one year of feminizing hormone therapy, which usually includes suppressing testosterone levels and boosting estrogen.

The research was carried out by Dr. Timothy Roberts, a pediatrician and associate professor at the University of Missouri-Kansas City, and his colleagues. They found that trans women who underwent hormone therapy for one year continued to outperform non-transgender women, also known as cisgender women, though the gap largely closed after two years. But even then, trans women still ran 12% faster.

Roberts, however, suggested the difference in running times needs additional perspective. "It was a 12% advantage after two years in run times. But to be in the top 10% of female runners, you have to be 29% faster than the average woman. And to be an elite runner, you've got to be 59% faster than the average cis woman," he told DW. Another study, carried out by sports scientist Tommy Lundberg, found that trans women who underwent feminizing hormone therapy generally maintained their strength levels after one year.

-Do trans women have an advantage when competing in elite sports?

-Without hormone therapy — yes. But even with hormone therapy, current research suggests trans women still maintain an edge in strength. "Pretty much any way you slice it, trans women are going to have strength advantages even after hormone therapy. I just don't see that as anything else but factual," said Joanna Harper, a medical physicist at Britain's Loughborough University.

Strength is one of several key factors — including explosiveness, endurance and lean body mass — that determine whether an athlete has an edge. But Harper, whose research focused on trans runners like herself, rejects the idea that trans women competing in sport would have an "unfair" advantage, noting that there are many other factors that go into shaping how an athlete performs — including hand-eye coordination and technique, which are necessary for excelling in sports like golf.

For Tommy Lundberg, whose research at Sweden's Karolinska Institute focuses on skeletal muscle strength of trans people receiving hormone therapy, the advantages for trans women in strength are to the point where fairness cannot be ensured in most sports. "The big problem right now is that the [hormone] therapy itself doesn't really remove the advantage to an extent that you can claim that fairness has been achieved," Lundberg told DW. "And actually, the IOC (International Olympic Committee) states that the overriding objective is, and remains, the guarantee of fair competition. That's what they say in their guidelines. So that's the problem right now: They don't go hand-in-hand."

In another paper Lundberg co-authored that looked at untrained trans women, Lundberg and his colleague found that "muscular advantage enjoyed by transgender women is only minimally reduced when testosterone is suppressed."

The study, like any other — including Roberts and Harper's — has its limitations. Harper, who had also done a review of a similar set of studies to Lundberg's, said both of their studies found a "fairly modest change" in strength in non-athletic trans people. "But their review made it seem more definitive than our review did," she said. "If you are looking for information on cisgender athletes, you'd never use studies on non-athletic trans people. You just wouldn't do that. It's just that we don't have any data on trans athletes. So I think you have to take the results with a certain grain of salt."

-When do differences between sexes in athletic performance emerge?

-Young boys and girls, regardless of the gender assigned at birth, have similar muscle mass. It's only once a child experiences puberty that the differences begin to emerge — and they become pronounced once boys experience a surge in testosterone.

"Typically, if you're 8 or 9 years old, there is no biological performance difference between boys and girls. So it starts at around age 11 where you start to see this disparity — and then it really kicks in during puberty. And then you have, basically, this big difference in muscle mass," said Lundberg.

Roberts, who is a pediatrician specializing in adolescent medicine, said: "Younger children before puberty — there is no reason to have divisions of sex between boys and girls. They're physiologically fairly equivalent. It's after puberty that you really see this divergence in athletic performance."

There have been no studies carried out on adolescent trans athletes. So there is no data on trans athletes who took puberty blockers or gender-affirming hormone therapy during puberty — and certainly none before puberty. Part of this comes down to following guidelines. The World Professional Association for Transgender Health requires trans adolescents to have begun puberty before undergoing puberty suppressants, the first stage before undergoing hormone therapy.

Trans adolescents in sport have made headlines in recent years, as more than a dozen US states have a policy that allows trans girls to compete competitively at the high school level as long as they self-identify as female. For Blair Hamilton, a Brighton University researcher on trans athletes, this doesn't go far enough to achieve an equal playing field.  "For example, Connecticut was allowing [trans female runners] to race unmedicated," said Hamilton, who is also a transgender footballer. "We don't agree with that."

Hamilton said athletes seeking eligibility to run in competitive races in the female category should first undergo hormone therapy to reduce the advantages. To do otherwise, said Roberts, would give them an edge. "To compete against the females as soon as you socially transition — before you get any hormone blockers or hormone therapy — it's unfair."

"Tomorrow, if I said: 'I'm a woman and I'm going to go compete in the women's class.' It's unfair. I still have testosterone, I have all the advantages I started with," said Roberts.

-What is the recommended testosterone for trans women to compete?

-This is a thorny issue that sports scientists disagree on. The "normal" healthy range for cis women is between 0.3 and 2 nmol/L, according to Mayo Clinic estimates — though they vary among labs. Women with polycystic ovarian syndrome tend to have higher testosterone levels, which can reach 5.2 nmol/L. "Healthy" male testosterone ranges from 8.3 mnol/L to 32.9 nmol/L.

The IOC's regulations say trans women can compete if their testosterone levels in serum are at 10 nanomoles per liter for a year for at least 12 months prior to their first competition.

With Roberts and Lundberg's recent papers, however, the IOC has faced renewed criticism following Hubbard's inclusion due to its eligibility criteria. But the IOC said it would not review its guidelines — set in place in 2015 — until after the Tokyo Games.

World Athletics (IAAF) in 2019 changed its rules, requiring testosterone levels to be below 5 nmol/L continuously for at least 12 months. This criterion for trans women is backed by Hamilton as well as Harper, who noted the IOC's current guidelines are based on outdated techniques measuring testosterone levels. But the IAAF's criteria runs contrary to Roberts' study on trans military personnel, which suggests two years of hormone therapy is needed before competing.

Lundberg, however, said there is no sufficient evidence that two years would be enough to ensure fairness in the female category in most sports. "It would be an easy fix if you could just change regulation to two years, instead of one. But I don't think that's a feasible solution either. Actually, right now, there is nothing to indicate that."

-Do trans men have an advantage when competing in elite sport?

-"What we've got in our study is, actually, the trans men dominated," said Roberts, referring to his study on trans US military personnel. After one year of masculinizing hormones, there was no difference in pushup or run times — however, the number of situps performed in one minute by trans men exceeded cisgender men, or non-transgender men.

"But nobody's up in arms saying that trans men are going to dominate men's sports," said Roberts, adding that much of the advantage gained for a cisgender man occurs during puberty. "Having gone through female puberty does not provide you with a baseline skeletal advantage over your average cis man. You're getting testosterone, which levels the playing field in large part because testosterone really produces a lot of differences, but there's not that extra anatomical advantage that a trans woman has over cis women — a trans man isn't going to have that over a cis man," he said.

Sports scientist Lundberg notes that trans men competing is "not as sensitive in sports." "Even if they get testosterone, it's not a threat to fairness if they switch to the male category," he said. "The problem then is, of course, if they would want to stay in the women's category even when they get testosterone — because then it would become doping."

-Is there a way to achieve both fairness and inclusion in sport?

-None of the experts interviewed support a blanket ban on trans athletes, which is in line with a recent study. But experts, like Lundberg, say the regulations should be determined on a sport-by-sport basis, especially when safety is a factor, like in rugby. "We don't have this easy fix or easy regulation that can be applied," said Lundberg. "You basically have to choose or prioritize either inclusion or fairness. They don't go hand-in-hand right now."

"And in most sports, it's going to be problematic to include transgender women and achieve fairness. That's what the current research suggests," he said. Lundberg's research has seen him come under fire on social media, with many accusing him of being transphobic. But he tells DW that is not the case. "I think the transgender issue is very important. But protecting the women's category in sport is also very important. They have fought long enough to have fair competition in sport," he said.

In the meantime, sports scientists and researchers will continue to debate and advise on what the best steps forward will be. "There's not very much information out there and even less that's really specific to trans athletes. But the Olympics are here, international sports are here, and trans people are around. So decisions have to be made," medical physicist Harper said. "So people have to make the best decisions they can with the data that are available now." "And hopefully, as we get more — and better — data, it will lead to improved policies."