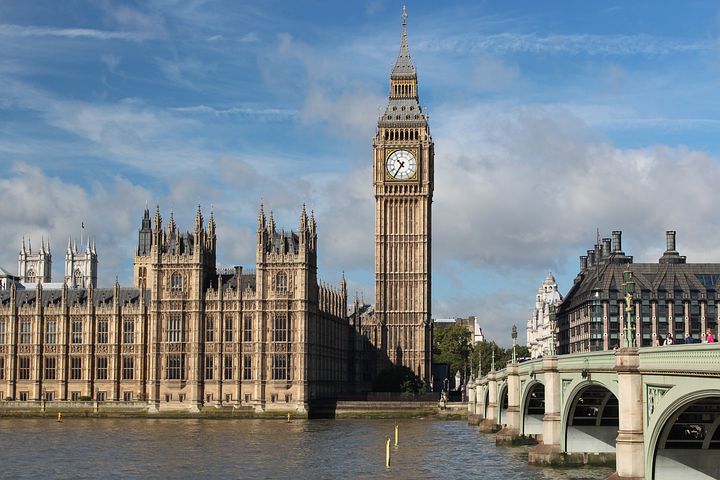 On Wednesday 14 September, Queen Elizabeth II will leave Buckingham Palace for the last time. The funeral procession will start at Buckingham Palace and the coffin will be moved to the Palace of Westminster. Hundreds of thousands of mourners are expected along the route through London. The photo depicts soldiers returning after completing 96 gun salutes to honor the queen.

From Buckingham Palace, the procession will proceed down the The Mall. The global public might remember this road from Queen Elizabeth II’s Platinum Jubilee (pictured), which celebrated the queen's 70 years on the throne. This time, the mood will be markedly different. The Mall runs from Buckingham Palace to Trafalgar Square, where several large roads meet.

The Route through London

The route for the ceremonial procession is displayed on the map: From Buckingham Palace via The Mall, past St. James’s Park. Then the procession will turn right into Horse Guards Road and move across the famous Horse Guards Parade to the Palace of Westminster, next to Westminster Hall.

The parade ground is open, facing St. James’s Park, to the west. To the east, there’s the Horse Guards building, which houses the Household Cavalry. The Household Cavalry is the King’s official bodyguard and takes on important roles on horseback during ceremonies. The building also includes a museum. Passing through the archway, you get to Whitehall, one of the largest roads in Westminster.

Directly opposite the archway stands the Old War Office Building. This prominent building is well known as the backdrop to James Bond movies and the series The Crown. Built in 1906, the building served as the seat of the British War Office until the 1960s. Today, it has been turned into a luxury hotel.

Just after passing the Old War Office Building, the road changes its name from Whitehall to Parliament Street. Just before the name changes, the procession will pass by an intersection that lets you look into a tiny – but world-famous – street: Downing Street. As we all know, the British Prime Minister always lives in Nr. 10.

The last stop for the day is the Palace of Westminster. Westminster is the seat of parliament in Britain. The most famous part of the building complex is probably the clock tower with its famous bell, Big Ben.

Queen Elizabeth II will lie in state from Thursday to Sunday at Westminster Hall (pictured), the oldest part of Westminster. People will be able to bid farewell to the Queen – for 23 hours a day. Hundreds of thousands of visitors are expected to come. On Monday September 19, the Queen’s state funeral will take place at Westminster Abbey. 2,000 guests have been invited to the event.

After the state funeral on Monday, the last stop will be Windsor Castle. Together with Buckingham Palace and Holyrood Palace in Edinburgh, Windsor Castle is one of the royal family's main residences. It was the Queen’s official weekend residence. Windsor Castle is the oldest and largest castle in the world that’s still inhabited.

Windsor Castle’s chapel has seen both happy and tragic moments for the royal family. Prince Harry and Meghan Markle were married here as were King Charles and Camilla Parker. St. George's Chapel is also the final resting place of many members of the royal family, including Queen Elizabeth's husband Prince Philip. whose funeral service is pictured here. The queen will be buried beside him.