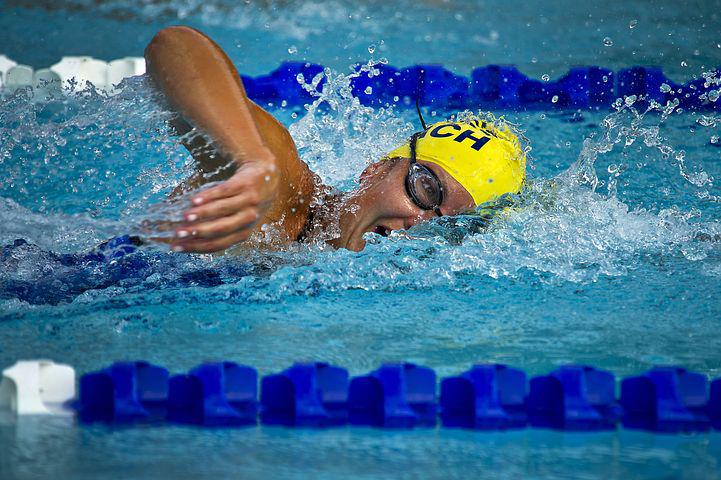 FINA members voted 71.5% in favor of the new policy, which will apply to all its events from Monday

World swimming's governing body FINA adopted new rules for transgender athletes at the organization's extraordinary general congress on Sunday, only permitting swimmers who transitioned before age 12 to compete in women's competitions. "We have to protect the rights of our athletes to compete, but we also have to protect competitive fairness at our events, especially the women's category at FINA competitions," said FINA President Husain Al-Musallam.

The new eligibility policy states that male-to-female transgender athletes are eligible to compete only if "they can establish to FINA's comfortable satisfaction that they have not experienced any part of male puberty beyond Tanner Stage 2 (of puberty) or before age 12, whichever is later."

The new policy also opens up eligibility to those who have "complete androgen insensitivity and therefore could not experience male puberty." Swimmers who have had "male puberty suppressed beginning at Tanner Stage 2 or before age 12, whichever is later, and they have since continuously maintained their testosterone levels in serum (or plasma) below 2.5 nmol/L." are also allowed to compete in women's races.

Female-to-male transgender athletes (transgender men) are eligible to compete in men's swimming competitions, as their physical makeup at birth puts them at a disadvantage, if anything. FINA members voted 71.5% in favor of the new policy. It will apply to all its events from Monday. The vote came after members heard presentations from three specialist groups — an athlete group, a science and medicine group and a legal and human rights group.

The medical group found that men who transitioned to woman retained physical advantages. "Some of the advantages males acquire in puberty are structural and are not lost with hormone suppression," said Dr. Sandra Hunter of Marquette University in Milwaukee.   "These include larger lungs and hearts, longer bones, bigger feet and hands."

A new category for transgender athletes

FINA also intends to create an "open category" to allow transgender athletes to compete in a separate class at elite level. The body said it was setting up a "a new working group that will spend the next six months looking at the most effective ways to set up this new category."

"FINA will always welcome every athlete. The creation of an open category will mean that everybody has the opportunity to compete at an elite level. This has not been done before, so FINA will need to lead the way. I want all athletes to feel included in being able to develop ideas during this process," said Al-Musallam.

The new rules drew mixed reactions. British swimmer Sharron Davies said that she was proud of FINA "for doing the science, asking the athletes/coaches and standing up for fair sport for females." "Swimming will always welcome everyone no matter how you identify but fairness is the cornerstone of sport," she wrote on Twitter.

On the other hand, advocacy group Athlete Ally called the new eligibility criteria "discriminatory, harmful, unscientific." "If we truly want to protect women's sports, we must include all women," the group wrote on Twitter. Advocates for transgender inclusion argue that not enough studies have yet been done on the impact of transition on physical performance, and that elite athletes are often physical outliers in any case.

Rugby league has become the second sporting code this year to ban transgender athletes from women's international competitions. The International Rugby League said Tuesday that further consultation and research were required to finalize a new policy for 2023, and cited the "welfare, legal and reputational risk" to the game and players for the decision.

Until then, transgender women players "are unable to play in sanctioned women's international rugby league matches," said a statement from the game's global governing body. "It is the IRL's responsibility to balance the individual's right to participate ... against perceived risk to other participants, and to ensure all are given a fair hearing."

The move comes hot on the heels of global swimming body FINA's decision over the weekend to bar trans athletes' participation at the elite level. FINA voted on Sunday to restrict transgender athletes in elite women's competitions and create a working group to establish an "open" category for transgender athletes in some events as part of its new policy.

World Athletics has also hinted that track and field could also introduce tougher policies on transgender athletes competing in women's events. Meanwhile, cycling's governing body, the International Cycling Union (UCI), has also toughened its rules on transgender eligibility by doubling the time period before a rider transitioning from male to female can compete.

FINA's decision was slammed by transgender rights groups, while US soccer player Megan Rapinoe, a two-time World Cup winner and an Olympic gold medalist, said it was "disgusting."