French city wants Madonna to lend it a 'lost' painting 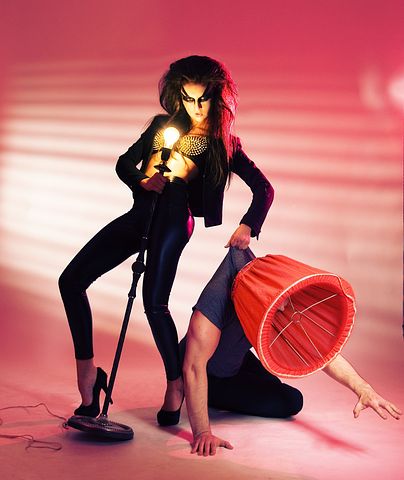 The 1822 painting "Diana and Endymion" by artist Jerome-Martin Langlois once hung in the opulent palace of Versailles in Franceand was commissioned by French King Louis XVIII. It depicts the Roman goddess Diana falling in love with the beautiful youth Endymion.

The work was then bought by the state in 1873. It hung on display in the Amiens museum until 1918 when the Germans bombed the city during the First World War and it was lost. According to French newspaper Le Figaro, singer Madonna paid $1.3 million (€1.2 million) for that painting — or one nearly identical to it — at an auction in New York City in 1989. The painting the singer bought does not have a date or artist's signature, although these could have been removed.

In a video posted on Facebook directed at the singer, Amiens mayor Brigitte Foure explained that the painting had been lent by the Louvre to Amiens and had gone missing during World War One. "So obviously we don't contest in any way the legal acquisition that you made of this work, but be aware that we are candidates to be the European Capital of Culture in 2028," she says in the video.

Foure then asked the singer if she would lend the painting to Amiens in 2028 "so that the inhabitants can rediscover this work and enjoy it." Amiens, a city of around 133,000 people in northern France is also the birthplace of French President Emmanuel Macron. It is under consideration for the European Capital of Culture designation in 2028.

The designation is given to several European cities for one year, during which the cities organize cultural events. This year's Capitals of Culture, for example, are Elefsina, Greece, Timisoara, Romania and Veszprem, Hungary. The designation and surrounding events also give the city a tourism boost, which can then help the local economy.

A spokesperson for Madonna was not immediately available for comment. Perhaps it's because the singer just launched a 35-date world tour which kicks off in July in Canada and ends this December at Amsterdam's Ziggo Dome.

"Madonna: The Celebration Tour," as it's titled, was announced on January 17 and includes a roundup of the singer's greatest hits over her 40-year career. The 64-year-old singer says she hopes to give fans the show they have been waiting for — namely by "exploring as many songs as possible," as she said in a statement announcing the tour.

Since releasing her self-titled album in 1983, Madonna has become one of the biggest names in the music world. Many of her fans will no doubt be eager to hear her old tracks such as "Like a Virgin" as well as those giving her fame with new, younger audiences — namely through their use on TikTok. "Material Girl" and "Frozen" are two Madonna hits which have gone viral thanks to the social media app.

The tour was announced a couple days after the singer deleted all content on her Instagram account, prompting some to wonder if a big announcement was in the works. Madonna will also perform two dates in Paris in November, not far from Amiens.