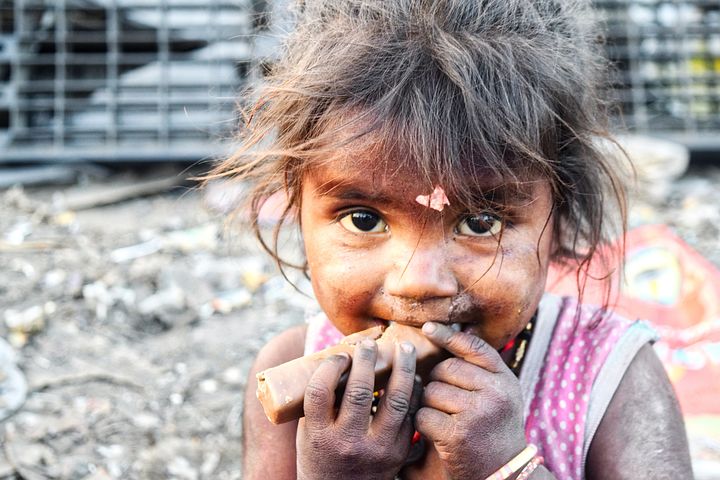 As Ukrainians were marking the 90th anniversary of the start of the "Holodomor'' famine on Saturday, German Chancellor Olaf Scholz said "hunger must never again be used as a weapon.''

It comes as the world faces a food crisis partially brought on by Russia's war in Ukraine. "We cannot tolerate what we are witnessing: The worst global food crisis in years with abhorrent consequences for millions of people, from Afghanistan to Madagascar, from the Sahel to the Horn of Africa,'' Scholz said. Other European leaders were in Ukraine, to renew pledges of support.

Polish Prime Minister Mateusz Morawiecki was in Kyiv and  to "honor the memory of the Holodomor victims," Ukraine's Border Guard Service said. Belgium's Prime Minister Alexander De Croo was also in Kyiv on his first visit since Russia invaded, pledging to "stand with the people of Ukraine."

Soviet leader Joseph Stalin ordered police in 1932 to seize all grain and livestock from newly collectivized Ukrainian farms, including the seed needed to plant the next crop. Millions of Ukrainians starved to death in the ensuing famine. "Russia's genocidal war of aggression pursues the same goal as during the 1932-1933 genocide: the elimination of the Ukrainian nation and its statehood," Ukraine's Foreign Affairs Ministry said in a statement.

This week, German lawmakers proposed a draft to declare the Holodomor a genocide. On Saturday, Andriy Yermak, the head of the Ukrainian presidential office vowed, "Russians will pay for all of the victims of the Holodomor and answer for today's crimes." On Twitter, the Ukrainian Defense Ministry compared Ukraine's history with the current situation.

"Anyone can see the terror that Russia is inflicting on the Ukrainian people...This time, the theft and destruction of grain is causing famine outside of Ukraine's borders, in some of the world's poorest countries."

Grain exports from Ukraine have resumed under an UN-brokered deal but have still been far short of pre-war levels, driving up global prices. Scholz said Russia's worsened this situation by targeting the agricultural infrastructure in Ukraine in what he describes as "cynical warfare." He said Germany was adding another €10 million ($10,3 million) to efforts to help expedite grain shipments from Ukraine.

Up to 60 Ukrainian grain ships can be sent by the middle of next year to some of the world's poorest countries in Africa, Ukrainian president Volodymyr Zelenskyy told The Guardian newspaper. He said it would only be possible so long as international funding comes forward to subsidize the grain.

How did the West forget about the Holodomor?

4 million people were starved to death in Ukraine from 1932 to 1933. Stalin denied the famine ever happened. Why did the West turn a blind eye to it?

The Soviet dictator Stalin and his regime deliberately let them starve to death — and afterwards simply pretended the atrocity had never taken place. To this day, the Russian regime denies any responsibility for the famine, which the German parliament will recognize as a genocide on November 30, 2022.

Stalin's denial of the truth and the subsequent loss of the Holodomor to public memory is what historian Gerhard Simon calls the "final act of the crime." There was no cemetery, no memory, no eulology for the victims of the famine. "Nobody spoke about it, nobody wrote about it," Simon wrote in a 2013 article "80 Years since the Holdomor — the Great Famine in Ukraine."

Yet it was no secret that the Holodomor (Ukrainian for "death by starvation") was taking place. Gareth Jones, a British journalist, visited the Soviet Union and the affected regions of Ukraine in the 1930s. Born in 1905 in Wales, Jones served as political adviser to British Prime Minister David Lloyd George, learned Russian and traveled to the Soviet Union, driven by a great curiousity about communism and its utopian promises.

What he brought back with him was the account of an atrocious famine, which was claiming the lives of millions of people. He held a press conference in Berlin in March 1933 where he was the first to officially speak not of a "food shortage," as Stalinist propaganda would have it, but of a deadly famine.

"Gareth Jones was the only Western journalist who had travelled to the areas of Ukraine affected by the Holodomor," explains Andre Erlen, a member of the theater ensemble "Futur 3."

"Nevertheless, people would not believe him, and his reports were countered by articles from Moscow, written by Western correspondents, which were full of Soviet propaganda." His reports on the famine were discredited even by Pulitzer-winning colleagues in the 1930s.

Together with his colleague Stefan Kraft, Erlen is the artistic director of the play "The Revolution Lets Its Children Starve," which addresses the Holodomor in Ukraine. In the work that premiered this month at the Schauspiel house in Cologne, Gareth Jones and his reports are resurrected for the stage, and the play asks the audience to consider why no one in the West wanted to listen to him.

"The European left wanted to prop up the Soviet project and the utopian project of communism," explains Kraft. That is why they denied the famine. "Everyone could have known about the Holodomor, even then, it was in the newspapers." But they didn't want to know.

Kraft sees a parallel to German foreign policy since 1945 towards the Soviet Union and later Russia. Kraft says that policy choices were influenced by a "bad conscience" towards the Soviet Union and its successor state, where Nazi Germany had committed terrible atrocities. In the German desire for atonement, Ukraine and other Soviet republics, such as Kazakhstan, were simply overlooked.

For decades, researchers in the West focused on Moscow rather than Ukraine, the North Caucasus or Kazakhstan, which Karl Schlögel, renowned historian of Eastern Europe, recently called a crucial mistake.

A 'great arc' of violence

It took Russia's invasion of Ukraine in February 2022 for the German Bundestag to recognise the Holodomor as an act of genocide. US historian Anne Applebaum has no doubt that it must be considered as such: "It was a planned and ordered mass murder," she told Deutschlandfunk in an interview.

For Andre Erlen, the debate about the Holodomor should go even further. "The Holodomor should be perceived as part of a long experience of violence. This is another kind of colonial history," Erlen said, referring to the oppression of Ukraine by the Russian Empire, the Soviet Union and modern Russia.

"For Ukrainians, there is this narrative that there has been oppression for 300 years," he elaborates. "In every era you find displacement, oppression, the banning of the Ukrainian language or songs that you're not allowed to sing." In their stage production, they want to draw attention to this "big picture" of the experience of violence in Ukraine — which has been overlooked in the West for too long.