India: How women tackle inequality and abuse in Mollywood 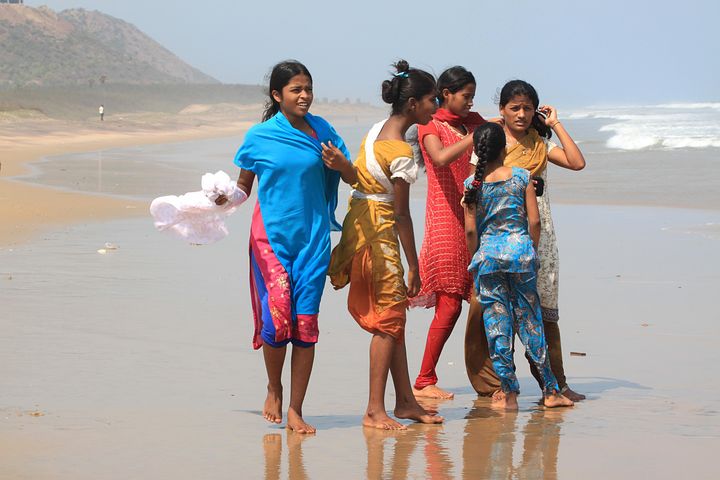 Mollywood, the Malayalam-language film industry based in the southern Indian state of Kerala, produces close to 150 films per year, and has an annual turnover of about $69.7 million (€68 million).

Unlike other Indian vernacular language movies, Mollywood is recognized for its unique themes and creativity. Though Mollywood has flourished over the years, reports of sexual harassment and assault have emerged in the male-dominated industry.

In February 2017, Bhavana Menon, a famous actress in Kerala, was abducted and sexually assaulted in her car for over two hours. The men had allegedly been hired by Mollywood actor Dileep, who had also co-starred with Menon in half a dozen movies.

Dileep was named as an accused and charged with criminal conspiracy. He denied the charges against him but was arrested and held in custody for three months before being released on bail. The case is being heard in a trial court. Dileep continues to act and produce films in Mollywood.

Three months after the assault, a small group of women in Kerala state banded together to combat gender inequality and abuse in the film industry, forming the Women in Cinema Collective (WCC).

The WCC was one of the first formally registered women's collective in the Indian film industry. Over the past five years since its inception, the WCC has broken many glass ceilings and widened the space for conversations on gender discrimination, pay parity, safer workplaces and misogyny.

However, Archana Padmini, an actor, assistant director and art curator in Kerala who has been a member of WCC since 2017, said many women associated with the collective have paid a price for being vocal about gender justice.

"After I joined the WCC, I lost a few opportunities, I was thrown out of one particular project. I stopped getting offers or even calls to auditions," Padmini told DW.

The cost of being a feminist

Women who have been associated with the WCC have reported being trolled and abused online and offline. Supporters have been labeled "feminichi" — a derogatory term used for women who speak openly about women's rights.

Despite its derogatory connotation, women in the film industry have embraced the term to reclaim power. Actresses like Parvathy Thiruvothu and Rima Kallingal have printed the word on bags and tee-shirts. But women's rights supporters within Mollywood quickly realized they were being side-lined in their projects and lost job opportunities. Some said men did not want them in their productions anymore.

"It happened in a very subtle way. We started to be seen as problem makers and a nuisance to work with," said Sajitha Madathil, a WCC member and actress who has been working in the industry for over 12 years. "I soon realized that I was not getting offers the way I used to. Men prefer to cast women who are not part of WCC," she added.

Kavita Suresh (name changed to maintain confidentiality), who has been working as an actress for the last five years, said though she "fully supports" the WCC in spirit, she has "consciously stayed away from the collective."

"Sadly, most people who give us opportunities are men, and very few of them are feminists or support WCC. Members of WCC themselves discourage young actors from joining them because of the fear that if associated with them, we will not get jobs. My family and friends have also told me not to join them at this stage of my career," she told DW.

'We can raise our voices to bring them down'

The WCC has worked to ensure that every Malayalam film production house will have to constitute an Internal Committee (IC) as per the Sexual Harassment of Women at Workplace (Prevention and Prohibition and Redressal) Act, 2013 in India.

The collective also met Kerala Chief Minister Pinarayi Vijayan and submitted a report on pay parity, women's safety, and gender disparity in the film industry. Following the meeting, a commission was set up, and a former judge was appointed to investigate gender issues within Mollywood.

In 2019, based on work conducted by the WCC, the Kerala government granted a budget of $375,000 to address women's welfare in the film industry. The WCC also maintains social media platforms where women can write about their challenges and share their experiences.

According to WCC member Madathil, before the collective was set up, women worked in very isolated and often unsafe environments. "For me, this collective has given immense strength and a sense of solidarity. Before this, there was no space for women to express themselves in Kerala," she said.

For Padmini, the efforts of WCC have led to a "slight improvement" within Mollywood. "I don't know if men have become more self-aware or scared, but they've definitely become more careful while speaking to women. They know that we have a collective like WCC where we can raise our voices to bring them down," she said.