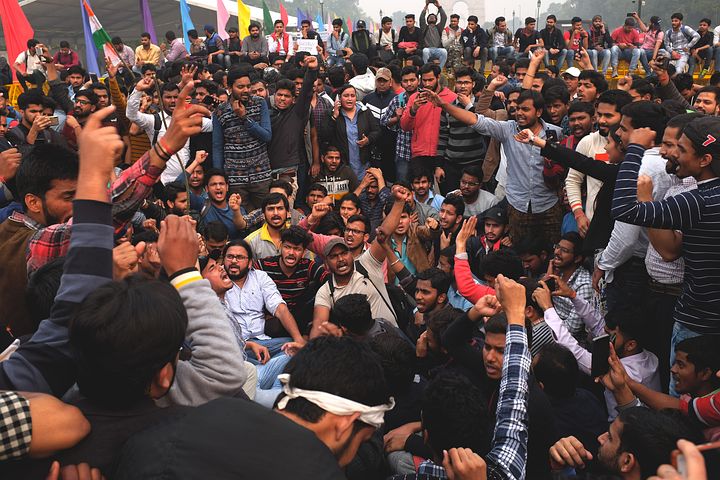 Iran has been gripped by protests for several weeks since Jina Mahsa Amini, a 22-year-old Kurdish woman, was arrested for not wearing the hijab as prescribed by the regime. Amini subsequently died in police custody in September 2022, prompting tens of thousands of people to come out on the streets and protest the regime's misogynist and repressive policies.

Social media posts in the last weeks have been showing images of women burning their headscarves or protesters being dragged, beaten and killed by security forces. Social networks were already the go-to platform for Iranians looking for unbiased information in the past, and with the current protests, the importance of internet forums has only become more significant.

Under the Ayatollah's control

Internet penetration in Iran is over 84%, according to World Bank estimates. According to data website Globalstats' numbers for October 2022, nearly 27% of Iranians use Pinterest, followed by Instagram (17%), Reddit (13.3%) and Twitter (10.4%). Telegram is also very popular among Iran's youth, with more than 40 million users in the country, Telegram founder Pavel Durov has said. That is almost half of the country's population - 90 million people live in Iran.

Instagram and Whatsapp were popular until September, when the government curbed access to the platforms. In 2021, 89 % of Iranians had been using Instagram. The regime in Teheran has complete control over all communications in the country, be it news, internet, or social media, says Mahdi Saremifar, a science and technology journalist based in Regina, Canada.

People in Iran are therefore dependent on social networks for unbiased news and access the internet through virtual private networks (VPNs) to sidestep the regime's control. And rather than stifling communication, increased surveillance has only fueled protesters' anger.  Teheran's heavy-handed treatment of the protesters, which include arresting, torturing and sentencing offenders to death, has actually given a direction to public opinion, Saremifar says.

As a result, social media has assumed two crucial functions in the country, the journalist adds. The first is, to inform people about what is really going on, and record events for human rights institutions, for example. The second purpose is to serve as a tool for coordinating people, for organizing protests on a daily basis.

Iran-based social media user Kamran, who also uses VPNs to access the internet, says cyberspace is the best way to exchange information about "the crimes of the Islamic Republic." Social networks help people get more information about the protests and inform others, he adds.

Shirin, who also lives in Iran, has been using Instagram since 2013 and says it helps her stay in touch with friends. "It's a quick and easy way to spread my word. While I share my content/opinion and receive positive feedback, I get motivated to share more. Also, it helps me figure out about different views and change my mind for the better. I'm learning to communicate and share more effectively through social media," she adds.

Shirin is also affected by the ban on several websites; she says that although she can access her accounts, the connection is very slow and websites don't load properly. "I lose my patience shortly after opening it," she complains.

But access to social networks creates a new set of problems. "Most of the times, I feel frustrated by judgmental, violent replies. People treat each other just the way the Islamic Republic regime treats them – like dictators, but on a smaller, interpersonal scale," Shirin says. For example, when she posts her "feminist views"on a certain topic, male users challenge and shame her, prompting her to censor her views or refrain from posting.

As citizens inside the country grapple with slow internet and limited access to independent news, activists outside Iran are trying to help the international community understand what's going on inside.

Toronto-based Azam Jangravi was recently given access to German television presenter Joko's Instagram account so she could spread her message to the German journalist's 2 million followers. Jangravi says this has helped her reach a wider international audience. "Using such platforms to reach out to broader, more diverse audiences has a very good potential to create awareness about what's happening in Iran, and in particular, the efforts of Iranian women to stand against injustice and human rights violations," she argues.

Amid the latest protests, the role of social media is growing, Jangravi adds, explaining that any news about the Iranian people reaches the world almost exclusively through social networks, citizen journalists and online activists.  "We can see how journalists and news agencies frequently use social media to gather information, especially in places where physical presence is impossible or dangerous," she adds.

But social media has its disadvantages: there have been allegations of Teheran spreading disinformation and of fake news about protests circulating on social media. Recently, for example, news that 15,000 protesters had been sentenced to death was widely shared on social networks, but a close examination revealed that only five persons had been given the death sentence.

Regardless, Jangravi feels that social networks have been as impactful as news agencies in this case, especially for activists opposing the regime. "Let's not forget that the propaganda system of the Islamic Republic is powerful and had access to extensive resources while political activists mostly rely on their own capacities."