My coming of age with 'Harry Potter' 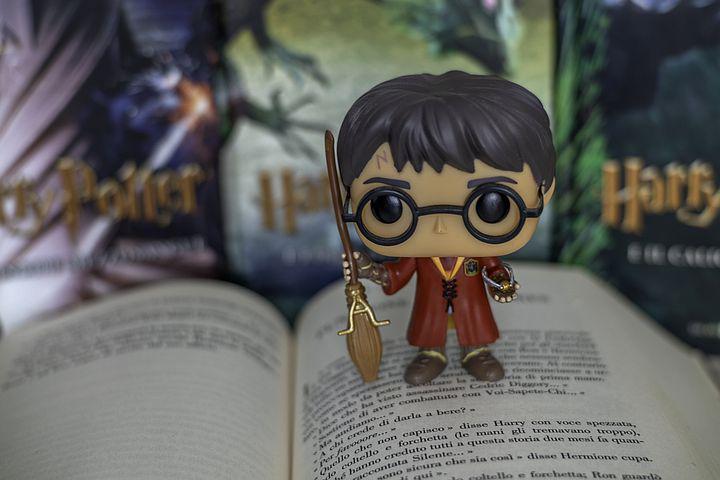 It was in 2005 that I left Silchar, my quaint little hometown in India's northeast, and moved to Kolkata, one of the country's biggest cities.

I left behind a life of limited opportunities and thickly accented English. I wanted to start afresh. But at my new school, a posh, all-girls Catholic convent, I was constantly reminded of where I came from. My new friends in this school spoke impeccable English, watched the sitcom "Friends," read "Harry Potter" and listened to Canadian pop star Avril Lavigne.

I, on the other hand, spoke very good Bengali and Hindi — laced with colloquial pronunciations — and listened to Hindi film songs and the latest Bengali band hits. And even though I watched the first three "Harry Potter" films at Silchar's children's film festival, I must confess that I could decipher only about 40% of the dialogue back then. The "Harry Potter" universe seemed way beyond me.

And then one day, my uncle from the United States came bearing a present, a freshly bound copy of "Harry Potter and the Philosopher's Stone." This was my chance to finally understand what the Potter-hype was all about. I was 13 years old and, in the book, Harry was 11. Soon I was overjoyed reading about a boy who, like me, was exploring a new school and a new life. A match was made.

Not just any story

As I read one "Harry Potter" book after the other, I realized that I related most with the character of Hermione, one of Harry's best friends. She, too, distracted herself from reality by diving between the covers of a book. The fact she often read books meant for older age groups reminded me of when I once read Dostoevsky's "Crime and Punishment" as a 10-year-old — albeit translated into Bengali.

However, I cannot say exactly when "Harry Potter" transcended reading pleasure and began to impart important lessons for my "Muggle," or non-magical, life. I gradually understood that Harry fought the dark wizard Voldemort not because a prophecy made his fight against the evil certain. It was because he chose to take the path of righteousness, to stand up for his values.

At home, I read how Harry helped Dumbledore's Army rebel against Voldemort to protect Hogwarts, the space where all young wizards and witches learn how to manage their magic. Hogwarts reminded me of university, where my 18-year-old self raised a voice in favor of greater democratization. Impassioned slogans were my weapon, while Harry raised a wand charged with spells.

'What would Harry do?'

Being aware of injustice and taking consequent action is a process that I experienced the most through Harry's story. The last time I lost a loved one, I thought: "What would Harry do?" I reimagined how Harry dealt with the passing of his godfather, Sirius Black. Over the years, Harry Potter for me has grown from being just another relatable boy to an adult negotiating his own path to empowerment.

I discovered "Harry Potter" by reading the books. But I also appreciated the movies and took part in the mass craze. I remember having a poster from the fourth film, "Harry Potter and The Goblet of Fire," and sticking it behind my closet so that my friends wouldn't spot it when visiting. But I still bragged about having the poster in school.

The portrayal of the character of Cedric Diggory by the handsome actor Robert Pattinson in the film did not connect me to that story. Instead, it was author J.K. Rowling's carefully crafted memory of Cedric, repeatedly recurring across Dumbledore and Harry's narratives, which spoke to my soul and helped me learn to process deep emotions like grief and loss.

A few of my friends from university have today gone on to academically dissect the world of "Harry Potter" and have come out with novel, nuanced critiques of that literary universe. But I have somehow managed to distance myself from critical dissections of the "Potterverse." I am guessing this is because of nostalgia.

That's because at the time, when I was struggling to find myself within the hustle and bustle of the big city, Harry made me feel like I wasn't alone. Hermione told me that it was OK to do things that others around me didn't find glamorous. Lily Weasley's bravery made me recalibrate my ideas about mothers and their political roles. The list of lessons is endless.