Roger Waters concerts canceled in Poland because of his Ukraine comments 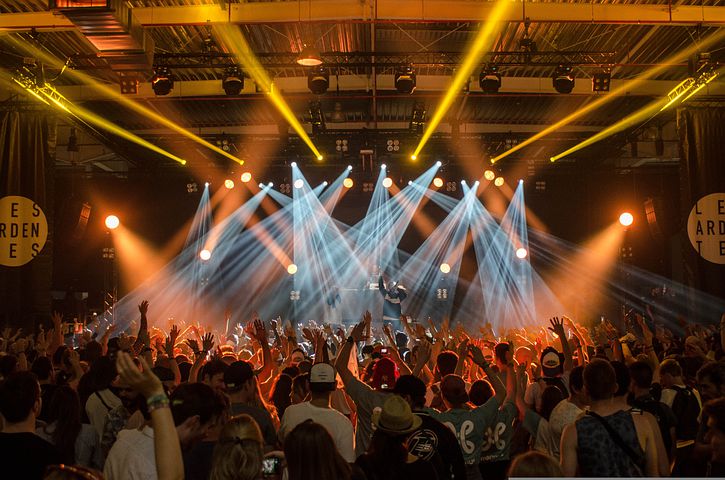 Concerts by Pink Floyd co-founder Roger Waters have been canceled by a venue in the Polish city of Krakow, organizers said on Sunday after the artist's comments on the war in Ukraine sparked a storm of criticism.

"Live Nation Polska and Tauron Arena Krakow have canceled Roger Waters' concert," organizers said in a statement on the venue's website. However, they did not elaborate on the reason for the cancellation. On Saturday, state news agency PAP reported that a spokesman for Tauron Arena said Waters' management had canceled the concert without giving a reason.

Waters was due to perform in Krakow in April 2023, but Polish media reports of an open letter he wrote earlier this month to Ukrainian first lady Olena Zelenska sparked backlash. In the letter, Waters said the West should stop providing arms to Ukraine, accusing President Volodymyr Zelenskyy of allowing "extreme nationalism" in Ukraine and urging him to "put an end to this deadly war." Poland counts itself among Kyiv's most loyal allies, and public support for the Ukrainian cause is very high.

'Persona not grata' in Krakow

The Krakow city council is scheduled to debate a motion on Wednesday that would declare Waters "persona non grata." One of the councillors, Lukasz Wantuch, had urged city residents to boycott the Waters concerts. "Roger Waters, an open supporter of Putin, wants to play in Krakow ... It would be shameful for our city," Wantuch said earlier on social media. "Let him sing in Moscow." In a social media post, Waters denied that he or his management had canceled the concerts and criticized Wantuch, accusing him of "draconian censoring of my work."

The creation of Pink Floyd

Roger Waters, Nick Mason, Syd Barrett and Rick Wright founded Sigma 6 in 1965; the band later became Pink Floyd. In 1968, David Gilmour replaced Barrett, who had drug and mental health issues. From then on, Waters and Gilmour became the band's creative minds, with Waters focusing on lyrics and Gilmour on the music. They made Pink Floyd one of the most important psychedelic rock bands of the 1970s.

A record that broke records

The concept album The Dark Side Of The Moon was released in 1973. Based on Waters' ideas, the album featured all four band members and helped Pink Floyd to finally take off in the US. It became a worldwide success and holds a record after spending 740 weeks on the American Billboard charts, from 1973 to 1988.

The LP Animals released in 1977 consists almost exclusively of Waters' compositions. The vinyl is available in piggy pink; the accompanying tour was marked by a giant blown pig. The album is not as good as its predecessors, but still a cult favorite. Waters let the pig fly again later in his solo shows.

The stage production of the 1979 album The Wall was no longer set under good stars by the time it made it to Berlin in 1990 — the year of German reunification. Waters and Gilmour repeatedly fell out, with Waters often prevailing; he eventually left Pink Floyd in 1985. The stage show for The Wall tells Roger Waters' life: the domineering mother, the loss of his father and loneliness.

Further touring with The Wall

Pink Floyd took to the stage together for one night only in 2005 at the Live 8 Benefit in London — 20 years after Waters left the band. The decades were spent in fights about the names, the music and copyrights. The band had remained successful even without Waters until Rick Wright's death in 2008. Between 2010 and 2014, Waters took "The Wall" on tour.

In 2017, Waters released a solo album titled Is This The Life We Really Want? The album was the first of Waters' to hit the top of the charts — albeit only in Switzerland. Later that year, the Pink Floyd exhibition opened in London, where Waters was on hand with his former bandmate Nick Mason, who has referred to Waters as his oldest friend.

An outspoken critic of Israel

Waters has been criticized in recent years for his attitude to Israel. So much so that he has been accused of anti-Semitism. In 2013, he called upon the "Rock'n'Roll family" for a cultural boycott of Israel, with his stated aim of ending the occupation of the Palestinian territories. Time and again, he has put massive pressure on fellow musicians who want to perform in Israel.

Roger Waters has been on the Us + Them Tour around the world since the beginning of 2018. He left Europe behind at the end of the summer and will begin concerts in South America in October. Although the music veteran has seen his image crumble as a result of his anti-Israeli statements, which he also makes in his concerts, concert tickets are still selling well.

"Lukasz Wantuch seems to know nothing of my history of working, all my life, at some personal cost, in the service of human rights," Waters said. Paraphrasing the words of his hit single "Another Brick in the Wall", Waters also wrote: "Hey! Lukasz Wantuch! 'Leave them Kids Alone!'".

He said he had only wanted to urge the countries involved "to work towards a negotiated peace rather than escalate matters towards a bitter end." Wantuch said in a Facebook post on Sunday morning that he was in Ukraine and would respond to Waters' statement in the evening.