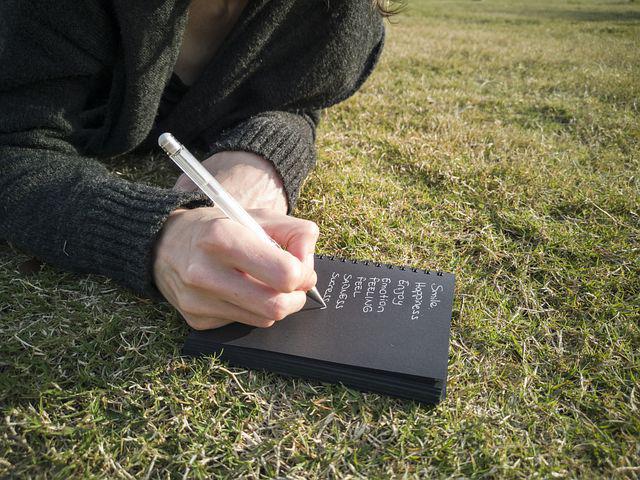 Ever since Iran's Ayatollah Khomeini issued a fatwa against Salman Rushdie in 1989, nine days after the publication of his novel "The Satanic Verses," the author's public appearances have been rare.

The novelist was accused of blasphemy, along with everyone who had contributed to the publication and distribution of the book. The Japanese translator of the work, Hitoshi Igarashi, was stabbed to death in 1991. Italian translator Ettore Capriolo and Norwegian publisher William Nygard were also targeted, surviving the attacks with severe injuries.

Living with a death threat

There is still a bounty of around $4 million (€3.8 million) on Rushdie's head. The reward for killing him was increased in 2016. Rushdie spent 12 years under the constant protection of British security and secret service agents. By the turn of the millennium, the author had left the United Kingdom and moved to New York. He has been living without security guards since 2002. Even though he is also on the death list of Al-Qaida and the so-called Islamic State, bodyguards only accompany him to announced public events.

Rushdie wrote about his time spent living underground in his 2012 autobiography, "Joseph Anton." This was his code name while living in hiding, inspired by his literary role models Joseph Conrad and Anton Chekhov.

Fighting for freedom of expression

For Rushdie, freedom of expression is a requirement. "We must defend our valuable and hard-won freedom," he said in an interview with Deutsche Welle in 2015. "We have to fight for it, if need be." After the deadly attacks on the satirical magazine Charlie Hebdo, for example, his vocal support for the victims cost him several friendships.

In Germany at the Frankfurt Book Fair in 2015, as well as the Munich Literature Festival and International Literature Festival in Berlin, where he was an honored guest, he continued his mantra, saying: "Free speech should be seen as the air we breathe: self-evident."

Born in 1947, Rushdie grew up in the tolerant, cosmopolitan atmosphere of Mumbai. His family hailed from the northern region of Kashmir, and his father became a successful businessman, making his fortune in Delhi. As a result, the family could afford to send their son to British boarding school at the age of 14.

In 1964, Rushdie became a British citizen and took up English as his preferred language to write in. He studied history at King's College in Cambridge and took courses in theater before graduating in 1968. "I was a typical representative of the generation of '68," he later said of himself.

In the early years of his professional life, Salman Rushdie worked as a journalist, actor and copywriter; yet it wouldn't take long before he had his first success as a novelist. Not long after graduating from college, he published his first small experimental novel, "Grimus." His second book, "Midnight's Children," garnered him international attention. The novel about a family during the turmoil of Indian independence won him a Man Booker Prize and became a bestseller in the US.

Rushdie has since published over a dozen novels, essays and an autobiography. While not all share the same level of literary quality, works such as "Midnight's Children," "The Satanic Verses," "The Moor's Last Sigh" and "Joseph Anton" have become classics of world literature.

However, many of his books have caused controversy both in and out of the Islamic world. His novel "Fury," which tells the story of an ex-academic who left his wife and children in London to start a new life in New York, stirred controversy in the United Kingdom and the United States.

The conflict between rationality and irrationality

In his books, Rushdie mixes genres and writing styles, weaving tales reminiscent of those in "1001 Arabian Nights." With plenty of wit, slang and an impressive vocabulary, he writes about the threat of radicalized, unregulated religion as a justification to oppress and spread fear. For Rushdie, writing is a means of survival: "If I do not write for a long time, then my dreams become crazier," he told German magazine Stern.

His 2015 novel, "Two Years, Eight Months and Twenty-Eight Nights," which totals 1001 nights, was seen as a parable about Islamic terrorism. In this modern-day fairytale, jinn, which are spirits in Islamic mythology, threaten the world. The story tells of the ancient struggle between freedom and tyranny, reason and irrationality and the entire history of mankind.

"I believe that despite everything, you should stick to the belief that the victory of evil is avoidable," said Rushdie in an interview with Deutsche Welle.

'A novel about identity, truth, terror and lies'

After Donald Trump was elected president of the United States, Rushdie vocally expressed his criticism. When truth is influenced by fake news and prejudice, the world has been turned upside down, says the author. Outspoken as usual, Rushdie spoke of the hypocrites and racists in the White House.

His feelings about US politics were reflected in his 2017 novel "The Golden House." It tells the story of a young American filmmaker, beginning from the time Barack Obama came into office, and ending with Donald Trump's election win. Rushdie describes it as his "ultimate novel about identity, truth, terror and lies."

Even midway through his 70s, Rushdie has not stopped publishing. In 2019, his book "Quichotte" was released. It's a modern retelling of Miguel de Cervantes' "Don Quixote"; in Rushdie's version, an Indian-American man travels in pursuit of a television host he has become infatuated with.

In 2021 Random House released "Languages of Truth," a collection of Rushdie's essays that had never before been published and which focus on topics including mythology, censorship and migration.

True to form, the author's passion for freedom of expression has not waned. Rushdie has worked with artist Ai Weiwei and writers Margaret Atwood and Isabel Allende on a worldwide campaign by the PEN International writers association to support writers in exile. In 2019, he won the Swiss Free Thinker award.

In 2007, Queen Elizabeth II knighted the award-winning author and freedom of expression warrior. Now all that is left for the author to win is a Nobel Prize. Even at age 75, he still has reason to expect it.