Summer hotspots of the rich and famous 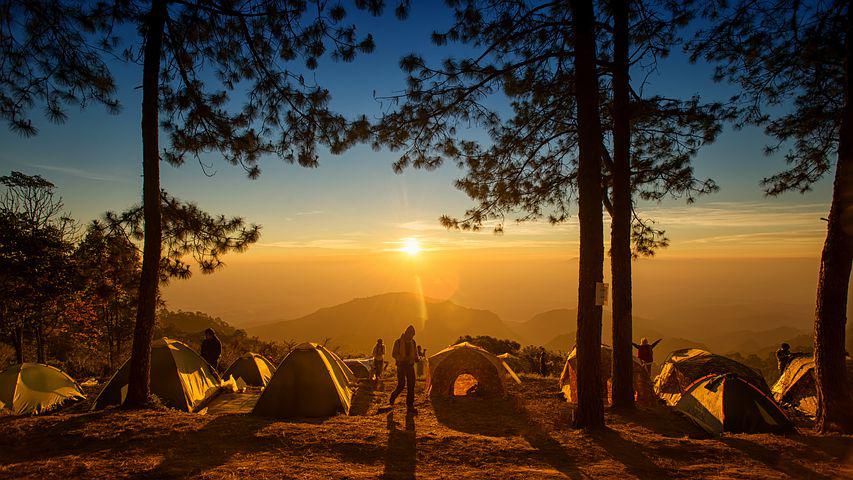 While the word "vacation" typically conjures images of sea, sand and sun, the rich and famous have also favored the polar opposite: St. Moritz in Switzerland has long been a firm favorite of the wealthy and the European royalty. This 1969 picture shows Farah Pahlavi, the wife of the former Shah of Iran, with her ski instructor at the Corviglia ski lift on their way to the Nero piste.

Not too shabby for 007 either

In 1977's "The Spy Who Loved Me," the film starring Roger Moore as James Bond was supposedly set in Austria, with the opening scene showing the Agent 007 being chased on skis by Russian agents. Most scenes, however, were shot on the slopes around St. Moritz — apart from the final scene when Bond skies off a cliff and opens a parachute. That was filmed in Canada.

From a bet to hotspot of the jet set

Legend goes that hotelier Johannes Badrutt made a bet with some of his British guests at the end of their summer stay at his hotel in 1864. Telling them to return in winter, he said it was "sunnier and less rainy than London." He also offered to pay their travel and accomodation costs. Four English guests did indeed return to St. Moritz in December to test his theory — and stayed until Easter.

Perhaps Brazil’s most famous beach, and the titular club in the 1978 Barry Manilow hit, Miley Cyrus, Tom Cruise, and Justin Bieber have all been spotted soaking up the sun here. This aerial view of a 2022 land-art fresco covering the Copacabana beach is by French-Swiss artist Saype. Using biodegradable paint, it is part of his global project titled "Beyond Walls" that promotes unity and kindness.

The keyword was 'Virgin'

Virgin group founder Richard Branson originally did not know of the British Virgin Islands until "one Thursday in 1978, I was told that they existed and that I could potentially own one." The asking price then was $6 million and Branson, who wasn't yet the billionaire he is today, could only offer $100,000. The owner originally rejected it but then sold it to Branson a year later for $180,000.

From Diana to Obama

One sale term was that Branson had to build a resort within four years — which he did. He's been hosting renowned guests ever since. This image shows, among others, the late Princess Diana (l) and her children, Princes William and Harry, in 1990. Model Kate Moss has visited the island, as has former US President Barack Obama. Rooms start at $5,000; the whole island costs $80,000 per night.

Nestled between the Pacific Ocean and the Sea of Cortez, Cabo San Lucas in Mexico offers stunning landscapes and luxury hotels — perfect for celebrities like Jennifer Lopez or Justin Bieber. Pictured here are the magnificent granite arches of Land's End that also protect picturesque coves like Lover's Beach, which author John Steinbeck once described as "a small boy's dream of pirates."

Ever since the Croatian coastal city of Dubrovnik was featured in HBO's "Game of Thrones" — which popularized the line "winter is coming" — more visitors have flocked here for summer. However, the island of Hvar has drawn the well-heeled, such as the late Jackie Kennedy and designer Giorgio Armani. During his partying years, Prince Harry was also spotted living it up at the island's nightspots.

Another coastal town in Europe that is a star-magnet is St. Tropez on the French Riviera. It was actress Brigitte Bardot and her 1956 film "And God Created Woman" that put this town on the map. Later, in 1971, Rolling Stones frontman Mick Jagger tied the knot with ex-wife Bianca here. Bill Gates, Steven Spielberg and some of the Kardashian clan have also since holidayed here.

Island of the Gods

The tropical island of Bali in Indonesia was the setting for Jagger's second marriage to model Jerry Hall in 1990. Having tied the knot in a Hindu ceremony, they weren't legally married, though, which resulted in the union being declared null and void when they split in 1999. Besides being a summer paradise, Bali continues to be a beloved wedding destination for the stars.

Seclusion at the South Pacific

Meaning "first born" in Tahitian, the island of Bora Bora in French Polynesia has attracted honeymooning celebrities, such as actors Jennifer Aniston and Justin Theroux in 2015. With tourism as its main source of revenue and its selection of luxury resorts, the picture postcard island has also hosted the Kardashian clan as well as actor Nicole Kidman and her country singer husband Keith Urban.

'Most Beautiful Lake in the World'

Italy's Lake Como was bestowed this title by The Huffington Post in 2014 "for its microclimate and environment with prestigious villas and villages." Some of the A-list villa owners here include George and Amal Clooney, Brad Pitt and George Lucas. Earlier this year, two villas — now frozen properties — owned by pro-Putin Russian television personality Vladimir Soloyvev were targeted by vandals.