Turn off the heating and travel to Greece, Spain and Turkey 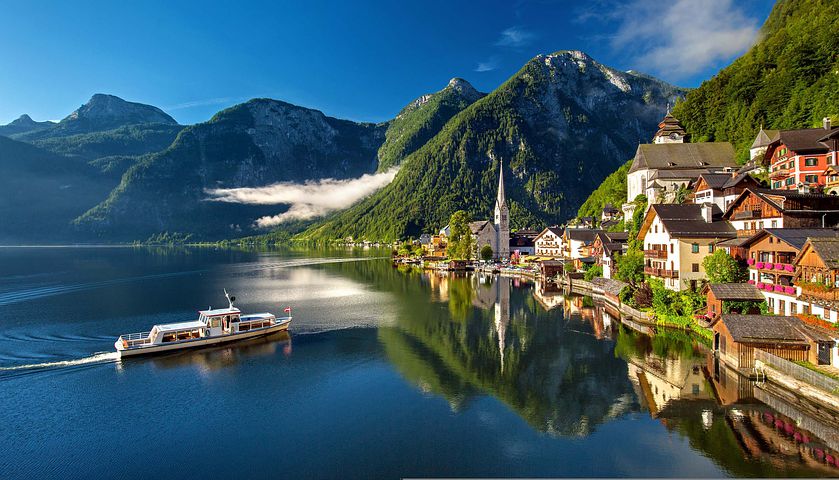 Greece had a blockbuster summer tourism season, making a comeback after two pandemic years. The country in the Aegean remains one of the top summer vacation destinations for Europeans who are especially fond of its large islands such as Rhodes, Crete and Corfu. Tourism accounts for around a quarter of the Greek economy and about one in five people work in the sector.

Greek advertising campaigns focused on the country's low prices and abundance of sunny weather — and perhaps it worked. Spending the winter in southern Europe or Turkey has been the subject of numerous German media articles since the fall.

Headlines such as "How to save on gas in the Canary Islands" in prominent German daily Frankfurter Allgemeine Zeitung and "Heating costs and working remotely: This country tempts you this winter" (about Greece), suggest an interest in fleeing Germany's cold temperatures and high gas prices — at least temporarily. Some articles have gone as far as breaking down the hypothetical costs of heating in Germany versus staying abroad.

Following the disruption of Russian gas supplies to Europe since the start of the Ukraine war, the price of gas in German households is on average 173% higher than it was a year ago, as reported recently by Reuters. Not to mention, inflation in Germany is higher than it's been in years, and although the winter has been mild so far, it can't compete with Greece's 250 days of sunshine.

For Katja Haffenrichter-Kritsotakis of the Rethymno Hoteliers Association in the popular vacation town of Rethymno on the Greek island of Crete, this was essentially idle talk. "Even though the campaigns were there and the minister of tourism did some announcements and marketing in this direction, the problem is transportation. From mid-November until around Easter we don't have any direct flights from Europe to Crete," says Haffenrichter-Kritsotakis.

"If the government doesn't do anything in this direction, from the hoteliers point of view, it's very difficult. You have very high energy costs during the winter, and you still need to have all the services available to guests." As a result, the vast majority of Rethymno hotels will stay shut this winter.

Indeed, transportation to Greece in the winter months is an issue. Not only are current flights more expensive than a year ago, budget airlines such as Ryanair aren't even operating in Athens this winter. The Irish company closed it's operations at Greece's largest airport due to what it considered high taxes applied by the Greek government. It's a shame says Haffenrichter-Kritsotakis, as the weather is great, and Rethymno, a busy university city, remains lively throughout the winter months.

Swiss tour operator Bentour has also been targeting tourists in German-speaking countries this winter, and said that they've already received many bookings for Greece this coming summer, but that clients choose to go elsewhere in winter.

The company, which specializes in trips to Turkey for the German-speaking market, is also using the high heating cost angle to attract long-term winter tourists. "Now it's time to switch off the heating, reduce energy costs and head out into the sun," reads one ad campaign.

And so far, long-term vacations — trips of longer than three weeks — have more popular than expected, the company's head, Deniz Ugur told DW. "Although we see about 30% fewer winter bookings than in 2019, 'workation' bookings have increased by about 70%." Bentour counts anyone under the age of 65 traveling longer than 21 days as likely 'workation' booker — someone who has the possibility to work while on the vacation or combine a vacation with some days of work. Around 8,000 workation clients booked trips with Bentour this winter.

The most popular destination is Turkey, in particular Antalya. This is largely due to the flight volume and the low value of the lira, which means the euro goes far, Ugir explains. "Of course people choose countries where the costs are not so high and they stay for weeks, sometimes even longer working from there, so the price is a factor."

Ugur also points out that Turkey remains a popular winter destination with retired people due to its excellent healthcare facilities.

The Canary Islands, with their pleasant year-round temperature due to their position right off the coast of northern Africa, have also been targeting long-term vacationers. Tourism Minister Yaiza Castilla said travelers over the age of 55 with more time and money to spend on the island were a potential "source of prosperity for our country."

But aside from pensioners, since 2020, the archipelago has been targeting digital nomads and will launch a digital nomad visa early this year. Nelleke Meijer from the Netherlands is one of them. She never left the island of Gran Canaria after coming in 2018 for what she thought would be a two-month working stint. Meijer started an online community for digital nomads, expats, local entrepreneurs and remote workers in Gran Canaria. The group's Slack channel has a multitude of information about housing, hiking and other outdoor activities, connecting anyone who signs up to the free chat.

She says this year has been busier then ever — especially at their weekly meet-up. "So many new people coming all the time of all ages and from all countries." Most, she says, come for the weather and what they have heard about Las Palmas thanks to the community. Although the initial increase in remote work happened in 2020, she believes the trend is still on the rise. Many community members return year after year.

Meijer sees winter travel to the Canary Islands as something that's also on the rise — even if they don't stay long-term as she did: "There's a lot of people coming back every winter. It's another reason why I love this season, seeing all these familiar faces — and lots of new people, too."