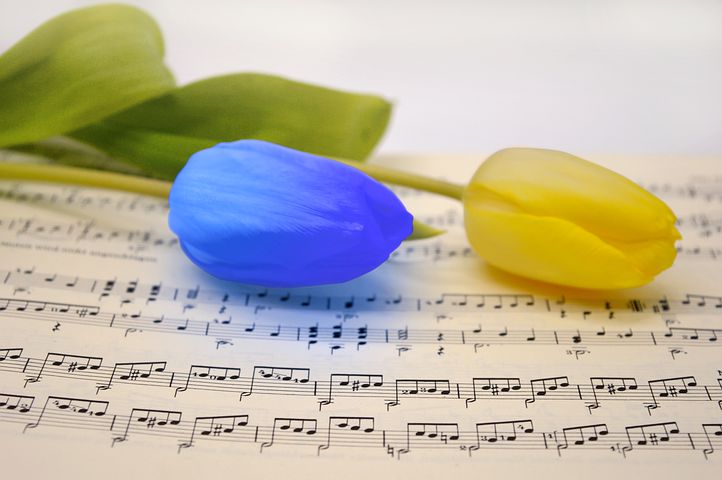 The mood in front of Turin's PalaOlimpico was already upbeat ahead of the Eurovision Song Contest semifinals, as fans waited eagerly to enter the venue, waving flags of the participating countries.

On Tuesday evening, the 7,000 fans in the arena — as well as those watching the live show broadcast — shared a pure goosebumps moment when the team of hosts, which includes singer Laura Pausini, star host Alessandro Cattelan and producer Mika alias Michael Holbrook, launched the show with the traditional words: "Let the Eurovision Song Contest begin" — a sentence that feels magical to longtime enthusiasts.

The participating groups were presented in short videos featuring drone images of Italy's famous cultural sites. The acts then delivered their live performances. The stage was set up quite impressively, despite the reported technical glitches from the rehearsal phase. Designed by Francesca Montinaro, the stage is called "The Sun Within" and symbolizes Italy, with lots of sun, gardens and cascades of water.

Ukraine in the finals

The mood among the audience was animated, despite everyone having to wear masks. Their enthusiasm swelled when the sixth set of musicians came onstage: the Kalush Orchestra from Ukraine. Despite the ongoing war in their country, the six musicians traveled to

Turin as "ambassadors of hope," as the competition's hosts introduced them.

The Ukrainians are already celebrated as the big favorites of the competition and their performance received standing ovations. No one was therefore surprised to see them among the 10 countries to make it into the finals. Their song, "Stefania," is an explosive mixture of folk singing and hip hop.

The 'masked singers' of Subwoolfer

The Norwegian wolves with their strange yellow masks have also landed a spot in the finals with their song, "Give That Wolf a Banana." No one really knows their real identity; in their fictional biography, the members of the pop duo go by the names Keith and Jim. It is possible that they are the two brothers of the comedy group, Ylvis, Bard and Vegard Ylvisaker, who sang a viral song in 2013 called "The Fox."

Songs in native languages are popular

Zdob si Zdub represent Moldova for the third time: They were in Kyiv in 2005, in Düsseldorf in 2011 and now in Turin. The colorful group nailed it this time again and grabbed a spot at the finals with their happy pub-folksy Balkan song, "Trenuletul." Iceland will also be represented at the finals with the band Systur playing "Meo haekkandi sol." Monika Liu from Lithuania surprisingly also made it to the finals. Singing her song, "Sentimentai," in Lithuanian perhaps contributed to her appeal.

The rapper Stien den Hollander, who refers to herself as S10, also offers a song in her native Dutch: She is also moving on to the finals with her performance of "De Diepte," which speaks about sadness and depression. Switzerland's Marius Bear's "Boys Do Cry" is a soft pop-jazz ballad with beautiful harmonies. The song will also feature on Saturday's final show.

Maro and her four band members from Portugal offer a song about longing, "Saudade Saudade." Their entire country is enthralled by the ballad, and Eurovision viewers have joined them now, voting them into the finals. Rosa Linn from Armenia is also among the finalists. Her soft folk-pop song "Snap" was liked by the jury and the public.

Greece's Amanda Georgiadi Tenfjord also managed to make it to the finals with her ballad, "Die Together." Dressed in white, she plays with light and the camera. She convinced the jury with her strong voice, which did not need any wind machines or pyrotechnics.

A short hello from France and Italy

Before counting the votes, the competing acts from France and the host country Italy were introduced.

The Breton women's band Ahez and the electro-musician Alvan presented an uncommon mix of folk and trance music with their song, "Fulenn." Italy's duo Mahmood and Blanco are strong contenders to retain their country's winning status with their power ballad, "Brividi."

The two countries do not have to go through the semi-finals because they belong to the so-called Big Five — countries that are the most important financial contributors to the contest's broadcast. On Thursday, at the second semi-final, the three remaining Big Five contenders — Chanel from Spain, Sam Ryder from the UK and Malik Harris from Germany — will be introduced.

These five and the 20 winners of both semifinals will be competing at the big final on Saturday, which will be viewed by around 180 million people globally.