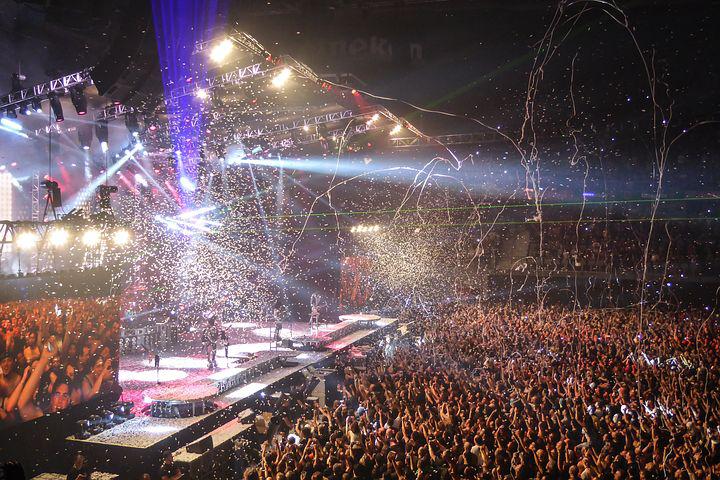 Born in 1937, Valentin Silvestrov is considered the greatest living Ukrainian composer and a master of gentle sounds.

He has eight symphonies and numerous large instrumental works to his name, but his signature compositions are his bagatelles, or short piano pieces, some of which last less than a minute. On March 9, 2022, the 84-year-old Silvestrov made the decision to leave his hometown of Kyiv, which was being heavily bombed by Russian troops. After traveling for two days, he finally arrived in Berlin as a refugee.

His suffering and exhaustion were palpable in conversation: "Quite honestly, I didn't want to leave," he said. "I'm already tired of living in a world where this kind of thing happens. But I have a daughter and a granddaughter, both are young. They have to live! That's why I agreed to leave."

Silvestrov's compositions are frequently heard, especially as orchestras and soloists around the world try to perform as much Ukrainian music as possible. In Cologne, his piece "The Messenger — 1996" was performed on March 16 as part of a solidarity concert for Ukraine.

The dedication on the score reads: "In memory of Larissa Bondarenko." She was Silvestrov's wife and a renowned Ukrainian musicologist known for her intellect and spirit.

In 1996, she died unexpectedly. She and Silvestrov had been inseparable; they'd gone through thick and thin together. Silvestrov once wrote to a friend: "I don't know what would have become of me and my music if Larissa hadn't been there. I feel a bit like a fake when I write my name, as if it doesn't belong to me alone – that's how much she has influenced my life and work."

"The Messenger — 1996" is a chamber music piece. Silvestrov later used it as the basis for a longer composition, which he also dedicated to his wife. His annotation on "The Messenger" says it should sound "very soft and distant, very light and sad."

In this program, we'll hear a version performed by the Neues Rheinisches Kammerorchester, a Cologne chamber orchestra, and the Figuralchor Köln, a Cologne choir. The piece was conducted by Richard Mailänder.

The famous conductor Daniel Barenboim, whose ancestors were Ukrainian, is one of many who have forcefully condemned the Russian invasion. In press remarks published March 11, he described the war as "murderous" and "inhumane," something we cannot be neutral about.

On the same day he made those remarks, Barenboim led the Berlin Philharmonic in a performance of Giuseppe Verdi's "Messa da Requiem," or requiem mass. This concert had long been on the performance calendar, but it took on a new meaning in light of the invasion of Ukraine. The music is urgent, terrifying, mournful and ultimately an expression of overcoming death.

Though Verdi's "Requiem" isn't known for being quiet, it certainly does show how fragile life — and by extension civilization — can be. Verdi wrote the piece in 1873 upon the death of the Italian poet Alessandro Manzoni. It has been described as inhabiting a no-man's-land between opera and church music.

Though it uses the text of the Latin Mass for the Dead, Verdi wrote the solo parts in a style that borrowed from his opera "Aida." The result is high drama, a swirling landscape of sound with terrifying apocalyptic surges.

Verdi's "Requiem" is regularly performed by the Berlin Philharmonic, but the performance in March was truly something special. All the soloists were last-minute replacements because of illness, and a finer group couldn't have been found. Susanne Bernhard was the soprano, Marina Prudenskaya was the mezzo-soprano, Michael Spyres was the tenor and Tareq Nazmi the bass. Joining them was the Rundfunkchor Berlin, or Berlin Radio Choir.

Another surprise of the evening was the famous Georgian violinist Lisa Batiashvili serving as concert mistress — a sure gesture of solidarity as Batiashvili's own country has been invaded by Russia in the past, and she has loudly condemned the war in Ukraine. If you have any comments or feedback, drop us a line at music@dw.com. We hope you'll join us again for a future Deutsche Welle Festival Concert.