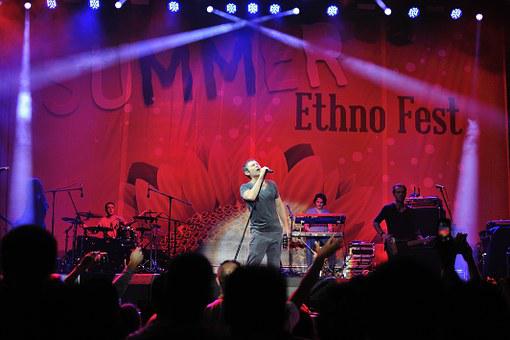 Ukraine's Kalush Orchestra last month took home the top spot in the Eurovision Song Contest. The orchestra's winning song "Stefania" alluded to the conflict in the country, with lyrics including: "I'll always find my way home, even if all roads are destroyed."

The honor to host the Eurovision song contest traditionally falls on the previous year's victor, but Ukraine does not meet the necessary guidelines to organize and produce the event, the European Broadcasting Union (EBU) said Friday.

"The EBU ... share their sadness and disappointment that next years contest cannot be held in Ukraine," the Eurovision Song Contest said. "It is our full intention that Ukraine's win will be reflected in next year's shows."

Devastation from the ongoing war in Ukraine has upended the daily life in the country of around 41 million people. The war has gone on since February with Ukraine's Donbas region emerging as a key focal point for Russian attacks.

UK tapped as next location

The EBU is instead eyeing the UK, which finished in second place in an event that tends to draw television audiences of around 200 million, to host the event. The office of British Prime Minister Boris Johnson welcomed the opportunity, according to AFP. If selected the BBC, the country´s national broadcaster, has committed to ensuring that the event is a cooperation between the two countries.

"We will be committed to ensuring it overwhelmingly reflects Ukraine's rich culture, heritage and creativity, as well as building on the ongoing partnership," said a spokesperson for Johnson.

The Eurovision Song Contest is a massive undertaking. The event takes 12 months to prepare and can cost in the region of €10 million to €20 million (roughly $10.5 million to $21 million) for the host broadcaster.