Wagner for all in Bayreuth 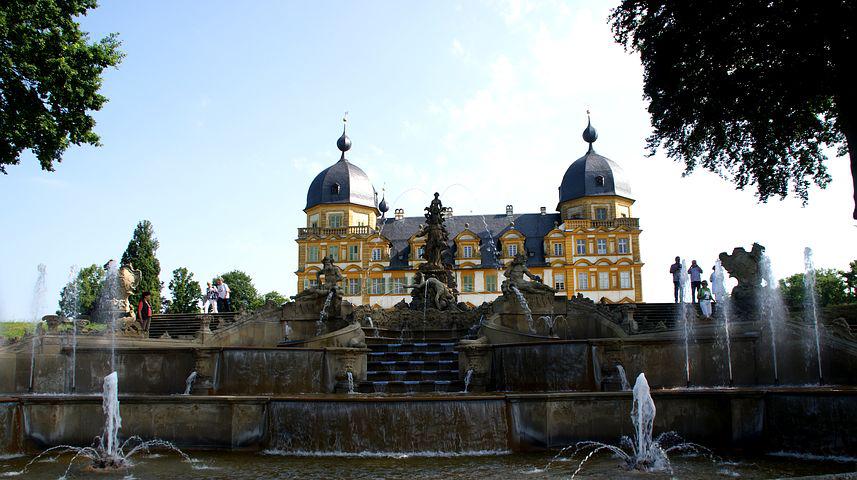 Every day, Ricardo stands in front of the Bayreuth Festspielhaus, holding up a cardboard sign that reads "Looking for a ticket."

Most of the time he is lucky, the Italian opera fan says. He even managed to score a ticket for the premiere of Die Walküre (The Valkyries), albeit without a view of the stage. But that doesn't matter, he says. "The music is simply fantastic, so I don't need the stage," he says, adding he doesn't understand what's going on onstage in the new production of "The Ring of the Nibelung" anyway.

About 60,000 people make the annual pilgrimage to the Green Hill in Bayreuth where Richard Wagner's Festival Hall was inaugurated in 1876. This year, one out of three guests will come from abroad, mostly from the US and Japan. Wagner fans who want to buy an official opera ticket often wait for years, and must have deep pockets.

Ricardo, a die-hard Wagner fan, has been making the journey from Italy to Bayreuth for 30 years. But Sven Friedrich, director of the Richard Wagner Museum in Bayreuth, says complete newcomers are increasingly drawn to the festival, too. He says many tickets were returned in 2021 due to the COVID pandemic, so the organizers held a spontaneous online sale that turned out to be a great opportunity for last-minute ticket buyers. Last minute online opera tickets are available again this year too.

For the first time this year, the Richard Wagner Museum is offering guided tours "for beginners," namely those who have not had the time nor inclination to study Wagner or the festival in depth. The tour offers practical tips, including telling visitors to make sure they find their seats in good time. Once the doors are closed, you can't get in, warns Friedrich.

Is there a dress code?

It is not common knowledge that a four-hour opera production also includes two intermissions, each lasting an hour long. Not only do visitors need stamina, they also have to plan about six hours for the visit — which is true for most Wagner operas.

Visitors often ask Sven Friedrich whether there is a dress code. In Bayreuth, most visitors show up in elegant evening wear. Ladies wear fancy gowns and high heels, men wear suits, he says, adding that the look seems to be changing this year, perhaps because quite a few female newcomers to the Breezy summer dresses make the higher temperatures more bearable both outdoors and indoors. The Festspielhaus is not air-conditioned — also because the sound of an air conditioner might detract from the highly praised acoustics.

Another new feature is the staging of two open-air concerts with the festival orchestra and well-known opera singers. People can spread out their picnic blankets or set up lawn chairs on the expansive Green Hill lawns and listen to the music without having to pay admission fees.

"All of us had two terrible years, there was COVID and there is this terrible war," Bayreuth Festival director Katharina Wagner told the audience before the concert, adding they felt there was a need for the festival to give joy — and not just with Wagner music. Works by a Russian and a Ukrainian composer were on the program, too, she said: "Music connects us."

Matthias and Beate Herzog and a friend for instance found a good spot on the lawn, and were comfortable with a bottle of white wine and some cheese. Picnics on the green hill have been a tradition in Bayreuth for many years, even back in Wagner's day. It's a good idea, says Matthias Herzog. "That's very much in the spirit of Richard Wagner, to make music for the people of Bayreuth."

Wagner for the people

The fact that the Bayreuth festival was originally also intended for ordinary people and not the just the rich elite has been somewhat forgotten. Richard Wagner wanted to open up his ideas of the new musical theater to as many people as possible. He was willing to use unusual means, as illustrated in a current exhibition at the Richard Wagner Museum entitled "VolksWagner. Popularization — Appropriation — Kitsch."

The enterprising composer had allowed circus director, Eduard Renz, to perform the "Flight of the Valkyries" from the "Ring of the Nibelung" at the big top, staging the production with the original music and featuring acrobats and live animals. It is said that Wagner found the show highly entertaining. He also had an eye on international audiences, making sure that inexpensive booklets explaining his operas were sold at train stations and on ships abroad.

The "VolksWagner" exhibition shows how Wagner personally ensured his popularity, though his music was also appropriated by politicians and advertising campaigns. While Wagner wrote a lot about music, he also wrote about politics, including antisemitic material that appealed in particular to the Nazis.

It was a bilateral appropriation, Friedrich told DW — a "popular one via kitsch and folklore, and then soon afterwards, the ideological appropriation, both of which merged at some point." Newsreel broadcasts shown in German cinemas of a German paratrooper attack on the Greek island of Crete during WWII were accompanied by Wagner's "Ride of the Valkyries" — which also became a "synonym for bellicose aggressiveness" worldwide, according to the organizers of the exhibition.

On the other hand, millions of brides worldwide have been walking down the aisle to Wagner's "Bridal Chorus" — popularly known in English-speaking countries as "Here Comes the Bride" — from the third act of the opera "Lohengrin" since the mid-19th century.  Some however may not be aware of the tragedy that befalls two female characters in the opera.

The 1970s saw the release of the album "Bat out of Hell" by rock musician Meat Loaf, which alludes to symbols and music by Richard Wagner both on the cover and in the music. Since 2017, there has been a "Bat out of Hell" musical in Oberhausen, directed by Jay Scheib. This brings us back full circle to Bayreuth. Scheib will direct a new production of "Parsifal" in 2023. He is working on a virtual reality spectacle complete with 3D glasses. Katharina Wagner is hoping to attract younger newcomers to the Bayreuth Festival.