What the West gets wrong about India 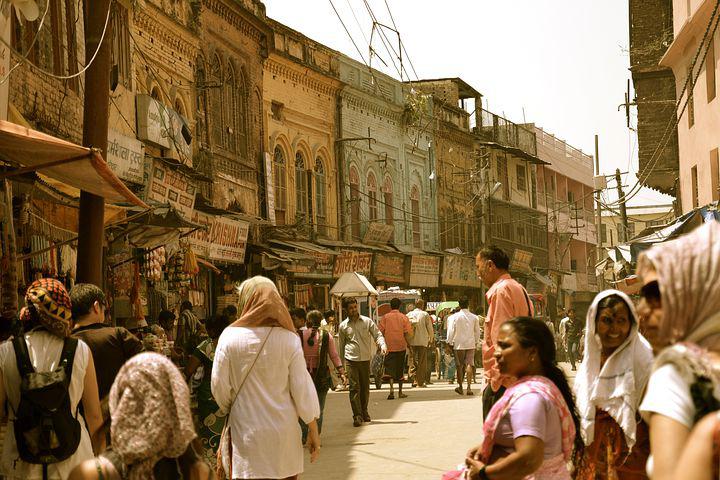 Despite being home to 1.4 billion people, the average Indian — for much of the West — remains a dorky, bespectacled engineer who wins spelling bees and speaks in a strange accent.

India celebrates 75 years of independence from British colonial rule on August 15, and Indian talent and culture have swept across much of the globe — from yoga and spirituality to the CEOs of multinational corporations like Google and Twitter. Yet simplistic portrayals of the country still dominate many minds in North America and Europe.

Indians are not synonymous with Hindus

Starting with the basics, India is a diverse country with several major religions, including — but not limited to — Hinduism, Islam, Christianity, Buddhism, Sikhism and Jainism. About 2.9 million people also identify as atheists, according to the 2011 census of India.

In India, the language and culture can change every 50 to 100 kilometers (31 to 62 miles), with a simple "hello" changing from "namaste" to "sat sri akal" to "assalam alaykum" over a two-hour drive. Each state has its own primary languages, along with hundreds of dialects.

Beyond the 'Indian accent'

In a country this diverse, it is impossible to have a single "Indian accent" — unless you're talking about chef Manish Mehrotra's iconic establishment that finds itself on the coveted "Asia’s 50 Best Restaurants" list. For the uninitiated, Mehrotra's Indian Accent restaurant has branches in New York, London and New Delhi, and touts "global Indian food, not Indian Indian food," as the chef himself described it to the South China Morning Post in 2018.

With English being the second-most widely spoken language in India, according to the 2011 census, it is often used, for example, as the medium of communication between a Bengali speaker from the eastern state of West Bengal and a Malayalam speaker from the southern state of Kerala.

So while many Indians may not have "native speaker" proficiency in the language, you can imagine their horror when confronted with the "Apu accent" from "The Simpsons." US actor Hank Azaria, who had voiced Apu since the show started in 1989, apologized "to every single Indian person" and stepped down from his role in 2021 amid criticisms of racial stereotyping.

Not all Indians are vegetarian

The West sees India as the leader of the vegetarian movement. Yet while the proportion of vegetarians may be higher there than in the rest of the world, only about 30% of the country’s population identifies with this dietary preference. According to the 2019-2020 National Family Health Survey, close to 70% of Indians consume meat or eggs in some form, and about 7% eat beef.

The last figure, however, may be underreported because of the cultural and political implications of acknowledging this in a highly charged environment. In recent years, there has been a crackdown on the consumption of beef in the Hindu-majority country, where the cow is considered sacred.

While Danny Boyle’s "Slumdog Millionaire" got India to the Oscars, this came at a high cultural cost. Poverty is indeed the everyday reality of a majority of Indians, with nearly 60% of the country's population living on less than $3.10 a day, according to the World Bank.

But the voyeuristic portrayal of their lives on the big screen could be seen as a romanticization of poverty for Western audiences — showing crowded streets, open sewers and malnourished children through a sepia-colored lens.

Adding to the "white savior complex" to "help" the poor Indians overcome their fate — like in the Jon Hamm-starrer "Million Dollar Arm," or Patrick Swayze's "City of Joy" — only takes away the locals' autonomy, argue some.

But India produces films in several languages, with some of its biggest gems made in regional languages. From Satyajit Ray's 1955 Bengali-language film "Pather Panchali" to this year’s Telugu-language epic drama "RRR," which collected $90 million in the first week of its release, it is clear that the Indian cinematic universe is vast and growing.

India is not your land of self-discovery

Hermann Hesse’s iconic 1922 novel "Siddhartha" was an early introduction to Indian spirituality for many Europeans despite years of colonial incursions across the subcontinent. Over time, this fascination has burgeoned into an international trend and thousands of foreigners travel to holy cities like Rishikesh and Haridwar for a taste of yoga and the alternative medicine system of Ayurveda.

But while the Beatles and the Julia Roberts film "Eat Pray Love" may lead some to believe they’ll achieve nirvana in the streets of India, many residents shun the overtly mystical and superstition-laden image peddled in popular culture.

Finally, India's diversity is best portrayed in its food, limited to just curry. Moving beyond the "chicken tikka masala" and "naan bread" — which by the way translates to "bread bread" — the country has a gastronomical map that can compete withentire continents.

From Kashmir's multi-course wazwan, Bihar's litti chokha, and Goa's pork vindaloo, to Manipur's Kangshoi, Rajasthan’s laal maas, and Karnataka's pandi curry, listing Indian delicacies would require reams of paper. While the use of spices may not suit all palates, the common western portrayal of Indian food as something that is blindingly spicy or "all the same" is not just problematic, but downright wrong.

In an increasingly well-connected world, many of these stereotypes are now being called out on the internet for what they really are: antiquated. Meanwhile, the global community has also shown an increasing willingness to learn, as people invest more time improving their intercultural knowledge and competencies.