When is too much money just too much? 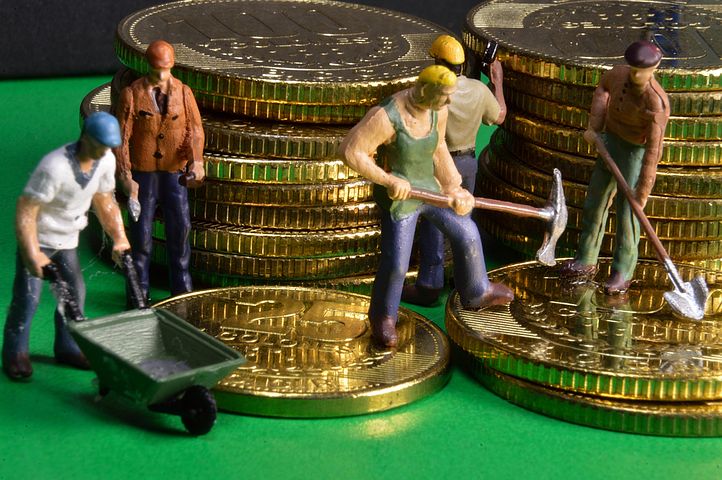 Some would say you can never be too rich. But rising economic inequality is leading more people to think that's wrong. Some of us are too rich.

There is a long list of economists, philosophers and leaders who have dealt with the redistribution of wealth over the centuries. Entire political systems have been built around the idea of equality and sharing.

Economic limitarianism is a concept that explores the idea that no one should be excessively rich. It focuses on the harms and risks of having super-rich individuals. When discussing inequality, it doesn't look at the problems of poverty or raising the poor up out of poverty. Instead, it focuses on having too much.

Putting an upper limit on how much wealth a single person can accumulate is not meant as a punishment. The idea is to encourage positive change for the economic system and population in general through social improvements. Besides that, at some point "surplus money" no longer adds to well-being or a flourishing life. A few million dollars ought to suffice in most cases.

Limitarianism is not socialism or communism. It does not reject the accumulation of wealth, ownership of private property, or some level of social inequality. It simply says that having a lot is sometimes too much.

Currently, the theory does not break "too much" into concrete numbers. So there is no single point where it would step in and call out excessive wealth, like at $10 million (€10.2 million), $150 million or even $2 billion.

Where did the idea come from?

One academic in particular is behind economic limitarianism: Ingrid Robeyns, a Belgian theorist working at Utrecht University in the Netherlands. She researches and teaches in the philosophy department, focusing on ethics, political philosophy and social justice.

She first presented the idea of limitarianism at a conference in 2012 but it took a few years for her first academic paper on the topic to appear. Since then she has been tirelessly talking about the issue, publishing papers and working on a book. The idea has generated different reactions across the globe.

"In Europe, my experience is that the public shares many of the arguments for limitarianism. But in the US, it is an idea that is very far from discussions that are taking place in the mainstream debate," Robeyns told DW. "Part of the traditional American culture is the idea of the 'American dream' — the belief that everyone would have a chance to become very rich, if only one is dedicated enough."

The theory is also much more than simply looking at income inequality. Morality is at the core of limitarianism. When is it morally or ethically necessary to intervene in a free market economic system for the benefit of society as a whole?

Are wealthy individuals adding to society by investing in increased productivity or are they just speculating or bleeding businesses dry — or entire developing countries? Are 10 cars really that much better than two?

"Some now use the slogan 'every billionaire is a policy failure.' I think that is right, but that even a situation in which some super-rich people have much less than a billion is morally and politically problematic," Robeyns said.

Overall, she argues that limitarianism is built on two main columns: protecting democracy and addressing urgent unmet needs or problems in society that require collective action, like climate change.

Looking at political inequality, limitarianism worries that inequality can undermine democracy. The rich can use their money to influence politicians, hire lobbyists and get their agendas set into law. If that doesn't work, they can also influence public opinion by owning media outlets outright or funding think tanks.

Economic limitarianism also assumes that a more equal distribution of wealth would lead to a better overall quality of life in the world. It could help those living in extreme poverty to flourish. "If you already have $10 million, it doesn't add much to your lifestyle if you get another 100,000 euros or dollars. But if you have no wealth at all, then any increase is significant" and means less hunger, fewer unheated houses and fewer children in poverty, according to Robeyns.

It is not just about money though. Proponents of economic limitarianism say that the rich are a danger to the environment since they create enormous CO2 footprints. "The super-rich are disproportionately causing climate change because their material lifestyles are much more abundant and their investments ecologically harmful," Robeyns said. "One could therefore argue that it would be fair to use their excess money to address the climate crisis, rather than letting them get away to build luxury bunkers or villas on top of mountains to go and hide in, in case climate change gets out of hand and civil unrest breaks out."

Taking some of those riches could help with climate adaptation. Governments could invest in systems to protect citizens from extreme weather. At the same time, they could build renewable energy capacity or better technology.

Critique while the rich keep getting richer

Some critics think that economic limitarianism does not go far enough. Companies should also be subject to limitarianism guidelines, they say. Still, other philosophers and economists strongly disagree with the idea of limiting wealth. They see no moral limit to riches earned or inherited. In fact, it is the chance to become rich that propels entrepreneurs to take risks, invent things and bring about change.

Additionally, they argue that limiting wealth will not end political inequality. Measuring wealth or wellbeing is impossible and a better way to achieve more equality would be a progressive tax system.

Yet make no mistake — the rich are getting richer. The 2022 list of billionaires put out by Forbes counted 2,668 of them. Together they were worth $12.7 trillion. It is a bit less than the previous year since the many global crises have taken a toll. Nonetheless, they "found more than 1,000 billionaires who are richer than they were a year ago."

Can limits realistically be put on wealth?

Robeyns sees the real-world problems with implementing her ideas. First, it is nearly impossible to come to a universal definition of how rich is too rich. Secondly, even if there were a defined amount, how would anyone go about actually collecting the surplus money? She finds consolation in the fact that philosophers are there to ask questions and not confiscate diamond necklaces or private jets.

"Ideas can change history. Some do, some don't," Robeyns concluded. Her ideas may be unpopular in some corners, but at least they make people think about inequalities. "My role as a philosopher and scholar is to present those arguments, but it's up to citizens and leaders in the economic, political and religious domain to take the steps to realize such a world."