Where are Europe's sunniest cities? 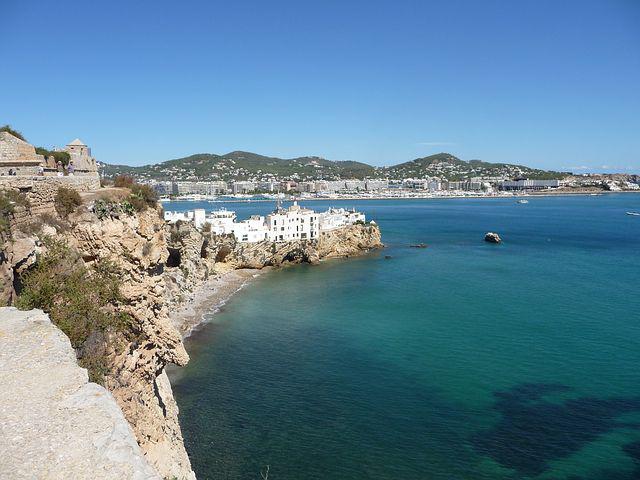 That's why we're presenting the top 10 sunniest cities in Europe, where sun-seekers are unlikely to be disappointed.

The Spanish city located at the foot of the Sierra Nevada mountains is one of the sunniest cities on the continent, with 341 hours of sunshine per month on average. It's known for its Andalusian-Moorish culture, reflected in whitewashed buildings like in the Albaicin quarter. Don't miss Alhambra palace complex (pictured), a relic of the region's Islamic era and Spain's most-visited monument.

Located on the island of Gran Canaria, Las Palmas is the largest city in the Canary Islands archipelago and has no shortage of sun — an average of about 341 hours per month, tying with Granada. Las Palmas has one of the most charming beachfront promenades in Europe. The characteristic old town called Vegueta is worth a visit, and spending a day at Las Canteras beach (pictured) is a must.

With a mild climate year-round and 342 hours of sunshine per month, this city on the French Riviera has long been a popular destination for sun-lovers. Besides beautiful architecture, a city beach and the famous Promenade des Anglais, the annual Nice Jazz Festival is also an event to experience. Each July, the historic square Place Massena is transformed into a concert venue for the occasion.

For a vacation that offers a mix of beach and city life, the Spanish city of Valencia is ideal. It's famous for the signature dish paella, with many restaurants serving it found in the neighborhood of El Carmen. Don't miss the impressive frescoes in San Nicolas Church and the Mossen Sorell Market. We also recommend sipping a sangria in one of the bars in Plaza del Tossal.

Sicily's third-largest city is the island's sunniest and gets an average of 345 hours of sun a month. It's also steeped in history. Numerous earthquakes over the ages have left their mark on the port city, which lies directly across from the Italian mainland. Notably, the impressive 12th-century Santissima Annunziata dei Catalani church remained standing after a notorious 1908 earthquake.

Getting an impressive 345 hours of sun a month, the popular vacation destination in southern Spain is an ideal location to soak up some rays. Malaga boasts a range of cultural attractions such as churches and museums, and was also artist Pablo Picasso's birthplace. We recommend relaxing at one of the many beaches on the coast or hiking through Montes de Malaga, a 5,000-hectare nature park nearby.

Europe's third-sunniest city, with an average of 346 hours of sunshine per month, is Murcia, located on Spain's eastern Costa Calida. Fortunately, you can cool down by taking a swim along the 21-kilometer (13-mile) seaside strip of La Manga del Mar Menor, or on the beaches of Cartagena. The area around Murcia is also known for its spas, many of which are fed by the region's hot springs.

The Sicilian port city of Catania on the island's east coast is Europe's second-sunniest city, with an impressive 347 hours of sunshine per month. Catania's stunning Baroque architecture, including buildings at the Piazza del Duomo in the city center, made it a UNESCO World Heritage Site in 2002. In addition to great nightlife and excellent food, it also hosts the Playa di Catania city beach.

And now the moment you've all been waiting for: Europe's sunniest city is ... Alicante, Spain! Sun-seekers will be in heaven here on the Costa Blanca — Alicante gets 349 hours of sunshine per month. But with some great beaches and a charming old town dotted with historic buildings, there's more to catch than just the sun's rays. Try a typical rice dish like arroz negro, or black rice with seafood.

Europe's sunniest cities were designated with the search engine Holidu, which uses data from the forecast site World Weather Online. Holidu calculated the average number of hours of sunshine per month from 2009 to 2021 in Europe's 300 most populous cities.