Which pop stars are boycotting Qatar 2022? 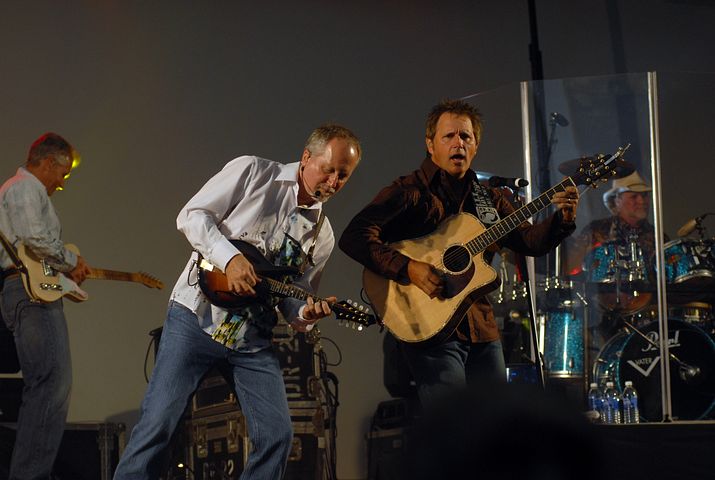 Rod Stewart said "it's not right to go there," but Jung Kook will perform. While tabloid media continues to speculate over who might be "honored" to musically open the 2022 World Cup in Qatar on November 20, some stars have turned down a request to perform or have not even considered an appearance.

In light of many reports of workers from other countries who have died or been exploited in the construction of soccer stadiums, as well as a variety of criticisms of the way human rights are handled in the desert emirate of Qatar, it is anything but an "honor" for some celebrities to be part of the huge spectacle of the inaugural Winter World Cup.

Qatar sees the criticism voiced as an "unprecedented campaign" directed against the emirate. It has also repeatedly dismissed as "false" the contents of reports by human rights organizations, such as Human Rights Watch (HRW), on discrimination and abuse against LGBTQ people.

These stars give World Cup appearance a thumbs down. British rock star Rod Stewart was reportedly asked 15 months ago if he wanted to give a concert at the World Cup in Qatar. He is said to have been offered more than $1 million (€959,000) for the performance. But the 77-year-old refused: "It's not right to go there," he said recently in an interview with the British newspaper The Sunday Times. Stewart is known to be more than a simple soccer fan. At a young age, he almost became a professional footballer himself.

Also not going to Qatar will be Dua Lipa. She wants to cheer on the English team from home. The 27-year-old, who performed at the 2018 Champions League final, for example, reportedly made this clear in an Instagram story last Sunday. Previously, there had been rumors that Lipa could be part of the opening show, something she has dismissed.

World Cup 2022: Which stars will sing at the opening ceremony?

It has not yet been officially confirmed that Shakira, who together with Freshlyground provided the song for the 2010 World Cup, will also be on board this year. In any case, it will be difficult to land a similar hit again. This fall, FIFA announced that "Waka Waka (This Time for Africa)" was the best World Cup song of all time.

According to rumors circulating on the internet, Robbie Williams, who despite criticism opened the last World Cup in Russia with four songs in a red suit with a glittering leopard pattern, could also perform in Doha. In a statement circulated by German press agency dpa, he only revealed that he wanted to watch the World Cup, possibly even in attendance. He made it clear that he doesn't think much of a boycott: "The World Cup is the World Cup. If you want to blame someone for what happened at the World Cup, blame FIFA. But I want to watch soccer. I wouldn't choose a regime or its people. I'm a huge fan of soccer first and foremost."

The official 2022 FIFA World Cup soundtrack. This year, the World Cup is to feature an official soundtrack composed of several songs by different artists. Included, as the BTS tweet indicated, is a song by Jung Kook. As the first official single of the soundtrack, "Hayya Hayya (Better Together)" by US singer Trinidad Cardona, Nigerian singer Davido and Qatari singer Aisha, is the first release from the multi-song soundtrack which was unveiled at the final draw in Doha.

Aisha is a well-known singer in Qatar who performed once at the United Nations headquarters in 2019. According to FIFA's website, the song is "an important part of the FIFA Sound Strategy announced in 2021," which the world soccer governing body hopes will connect the sport and music fans worldwide. This song may well be a part of the opening ceremony on Sunday, and will be witnessed by those who decide not to boycott, either in attendance or watching on television.