Women power on the podium 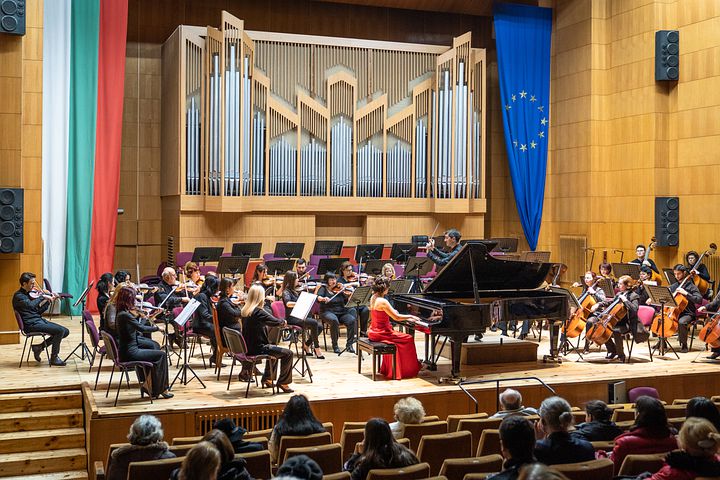 By the time she was nine, Gladysmarli Del Valle Vadel Marcano was already playing the violin in an orchestra. She caused a sensation in Paris at the La Maestra International Competition for Women Conductors in 2020. On August 11, she is set to conduct London's Chineke! Junior Orchestra at the Young Euro Classic Festival. Catch it on the DW Classical Music YouTube channel.

At age 27, Joana Mallwitz became the General Music Director (GMD) at Theater Erfurt, making her the youngest orchestra director in Europe at the time. In 2019, she was named Conductor of the Year. She is currently GMD at the Staatstheater Nuremberg. For the 2023/24 season, the now 36-year-old has been tapped to be Chief Conductor and Artistic Director at Konzerthaus Berlin.

"Conductors are usually German, very old — and have white hair," Alondra de la Parra told the "Neue Zürcher Zeitung" in 2021. Born in 1980, the Mexican conductor has been countering this stereotype for years. Until 2019, she was Chief Conductor of the Queensland Symphony Orchestra. As a guest conductor, she has toured the world and led leading orchestras.

Born in Russia in 1989, Anna Rakitina began her musical career as a violinist. She studied conducting at Moscow's Tchaikovsky Conservatory and is now one of the most sought-after conductors of her generation. She is assistant conductor at the Boston Symphony Orchestra under music director Andris Nelsons, who — according to her agency — enjoys "her deep psychological understanding of our work."

Erina Yashima, born in Hanover, Germany, to Japanese parents, showed extraordinary talent at the age of five. Yashima has performed throughout the world with renowned ensembles and orchestras. She is currently Assistant Conductor with the Philadelphia Symphony Orchestra, and in the 2022/23 season she will be First Kapellmeister at the Komische Oper Berlin.

Oksana Lyniv — From Brody to Bayreuth

Oksana Lyniv was born in Brody, Ukraine, in 1978. In 2021, she was the first woman ever to conduct a premiere at the Bayreuth Festival. She has also become an ambassador of sorts for her country after the Russian invasion. In a DW interview in March 2022, she appealed to the Ukrainian culture scene: "Raise your voice! If you don't, the blood of innocent victims will be on your hands."

The 57-year-old French native already had a career as an opera singer before she took the podium in 2008. Stutzmann currently acts as principal conductor of the Kristiansand Symphony Orchestra in Norway and as principal guest conductor of the Philadelphia Orchestra. In 2023, she is tapped to conduct Tannhäuser in Bayreuth — the second woman to do so in the history of the Wagner Festival.

Keri-Lynn Wilson — Solidarity with Ukraine from the podium

Simone Young — Pioneer on the podium

Simone Young is a female pioneer at the conductor's podium. In 1985, she stood in for a colleague — and has pursued a conducting career ever since. She found a world-renowned supporter and patron in the star conductor, Daniel Barenboim. Now a star conductor and opera director herself, the 61-year-old Australian knows one thing for sure: "The time of old men on the podium is over."

She represents all women who want to hold their own on the conductor's podium — Lydia Tar, a fictional character, is the first woman to lead a major orchestra in Germany, and who has to assert herself in the male-dominated classical music scene, played by Cate Blanchett in the feature film "Tar." The film is being screened at this year's Venice Film Festival and will be released in September 2022.