THE WORLD COMES BACK TO LIFE Broadway's reigning Tony®-winning Best Musical returns to Broadway September 2! This acclaimed new musical by singer-songwriter Anaïs Mitchell and director Rachel Chavkin (Natasha, Pierre & The Great Comet of 1812) is “a Broadway blockbuster!” (The New York Times). Hadestown intertwines two mythic tales — that of young dreamers Orpheus and Eurydice, and that of King Hades and his wife Persephone — as it invites you on a hell-raising journey to the underworld and back. Mitchell’s beguiling melodies and Chavkin’s poetic imagination pit industry against nature, doubt against faith, and fear against love. Performed by a vibrant ensemble of actors, dancers and singers, Hadestown is “an epic celebration of music, togetherness and hope — a Broadway musical like no other” (Forbes). 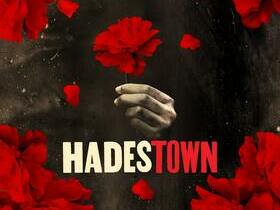