2022 sees the 50th anniversary of the first NEU! album, and Michael Rother & Friends will celebrate the occasion by playing selected concerts with focus on the endless fast-forward type of music of NEU! and adding tracks by Harmonia and from his catalogue of solo works Michael Rother´s current live line-up includes Hans Lampe on drums and Franz Bargmann on guitar. Franz Bargmann is an ex-member of the Berlin-based band Camera. Hans Lampe contributed drumming on the album NEU! ´75 and was a member of La Düsseldorf. 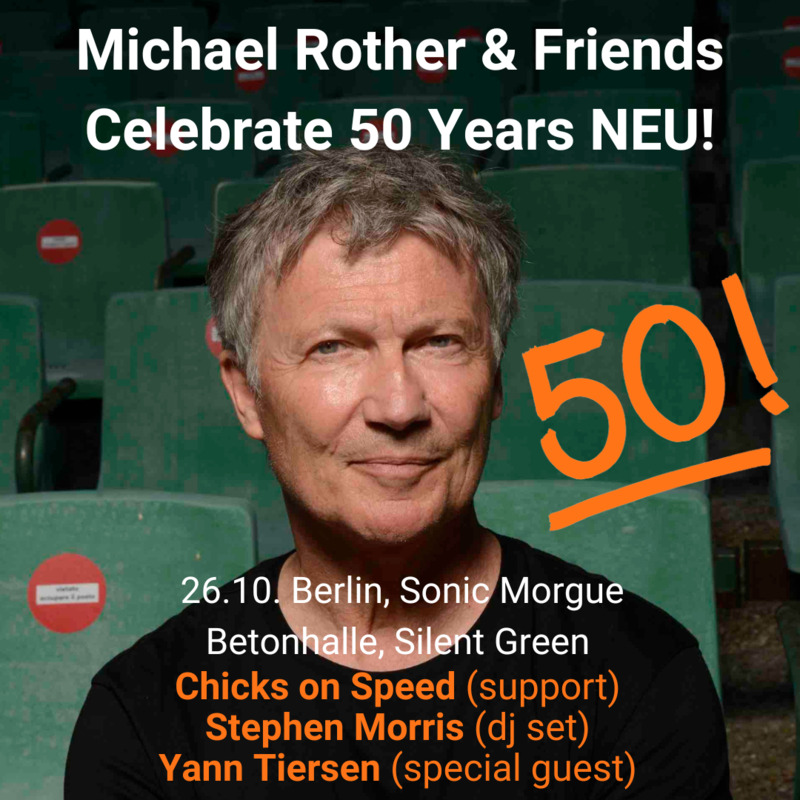