Kokoroko - "Something´s Going On" Released in digital format only on 8th February 2022 via Brownswood Recordings. Kokoroko return with brand new music illuminating the start of 2022, following the enormous success of their viral debut track ‘Abusey Junction’ and most recently the exhilarating ‘Baba Ayoola’ in 2020, 2021 involved a hiatus to write new material. We are proud to announce the London 8-piece collective´s electrifying single ‘Something´s Going On’ available digitally on 8th February 2022 via Brownswood Recordings. Inspired by the enforced stillness and unsettling existential crises collectively experienced through this ongoing global pandemic. The song opens with a twinkling promise of a new era, an ethereal sensation that escapes reality, suddenly drumrolls and crashes, like a thunderclap, into the prominent chant ‘Something’s goin on, something’s happening now’. These words resonate deeply with the band’s bassist, Duane Atherley, he expresses; ‘Something was going on, and still is, at different levels of life - society, family, close friends and personally.” An empathetic cry of solidarity, with the quintessential Kokoroko warm, West African-inspired rhythms, fortified by a heavy funk-laden edge, owing to Atherley’s immersion in the psychedelic sounds of 1970s icons Parliament & Funkadelic. The majestic melodies of the brass section collocates a grounding message, signifying that glimmer of hope, a brand new day. ‘Something´s Going On’ represents a collaborative spirit at the heart of Kokoroko. Developed in a studio session workshop style where each band member took the blueprint, and embedded into the track what was happening in their own personal lives, infusing their diverse lockdown experiences into one unique, all-encompassing anthemic piece. Winners of ‘Best Group’ at the Urban Music Awards 2020, and at the Parliamentary Jazz Awards 2021 and lauded in NPR Austin 100 list, Kokoroko specialise in soul shaking, horn fuelled sounds with West African roots and Inner London hues. Having played many UK/EU Festivals including Glastonbury, Meltdown Festival, Elbjazz, Jazz a la Villette, Jazz a Vienne, Eden Festival, We Out Here and BBC6 Music Festival to name a few, they are are looking forward to extending their reach further around the globe in 2022 and beyond. Receiving support from BBC Radio 1, BBC 6 Music, Jazz FM, CLASH, Mixmag, Rolling Stones France & NATAAL. In 2020 the band made their BBC Proms debut in the Royal Albert Hall and performed at the televised BBC 4’s Jazz 625 programme. Most recently performing at a Boiler Room session. ‘Something´s Going On’ by Kokoroko will be available across all digital streaming platforms on Tuesday 8th February 2022 via Brownswood Recordings. The single will precede an album later in 2022. 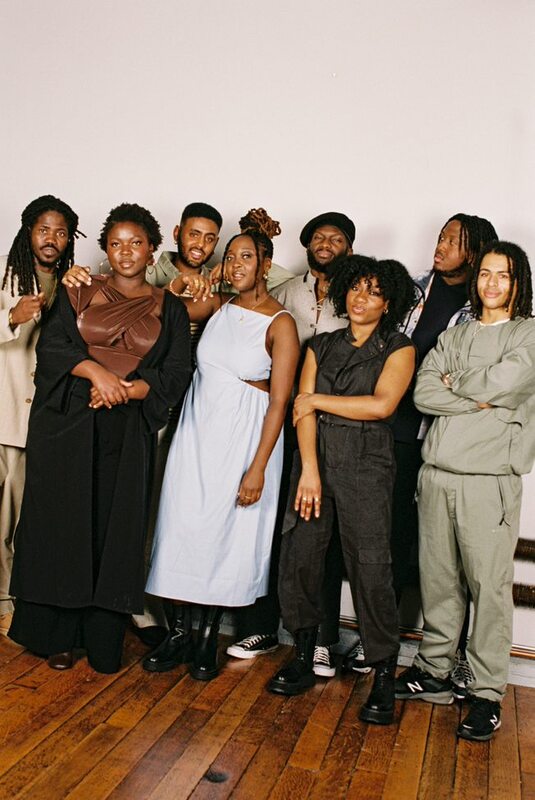